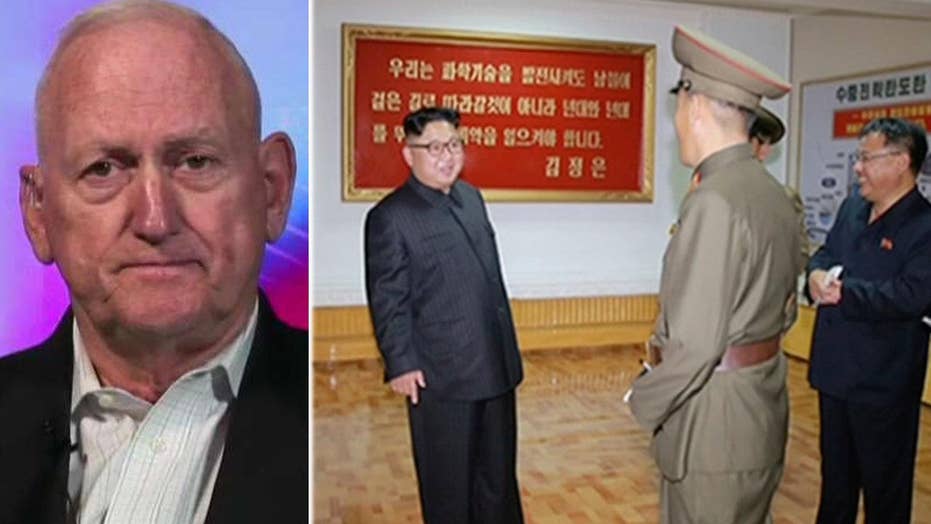 Is it a mistake to think the North Korean crisis is over?

A newly-released State Department report describes a gruesome picture of human rights abuses in North Korea, including citizens being “arrested, beaten, tortured or killed because of their religious beliefs.”

The report, released last week by Secretary of State Rex Tillerson, details the status of religious freedom in nearly 200 countries across the globe, including North Korea. The Bureau of Democracy, Human Rights, and Labor within The State Department compiled the annual dispatch, entitled the International Religious Freedom Report for 2016.

It points out that although the North Korean constitution claims to guarantee citizens freedom of religion, a 2014 UN report “concluded there was an almost complete denial by the government of the right to freedom of thought, conscience, and religion, and, in many instances, violations of human rights committed by the government constituted crimes against humanity.”

The latest report says NGOs, defectors and other first-person accounts were compiled to paint a gruesome picture of human rights abuses and religious persecution. The lack of a formal diplomatic relationship between the U.S. and North Korea makes reporting specific acts of violence challenging.

In addition to citing the UN’s concerns over “arbitrary executions, political prison camps and torture amounting to crimes against humanity,” the report refers to the example of Christian pastor Han Choong Yeol. Citing media accounts, the report states that Yeol was allegedly killed in China by North Korean agents after having “provided aid to defectors from North Korea.”

“Religious and human rights groups outside the country provided numerous reports that members of underground churches were arrested, beaten, tortured, or killed because of their religious beliefs,” reads one of the most shocking lines of the new report.

The totalitarian state led by Kim Jong Un reportedly allows “five state-controlled Christian churches in Pyongyang,” but they are understood to be a sham. Most defectors were apparently unaware of the existence of these churches, while foreign visitors who were taken there reported that “local Koreans in attendance appear to have been brought in for the occasion, but they seemed to be observers rather than participants.”

Additionally, the State Department document says that “ownership of Bibles or other religious materials brought in from abroad is reportedly illegal and also punishable by imprisonment and severe punishment, including, in some cases, execution.”

American Jeffrey Fowler was detained in North Korea for several months in 2014 for such a “crime.”

Scott Snyder, senior fellow for Korea studies and director of the program on U.S.-Korea policy at the Council on Foreign Relations, told Fox News, “North Korea has one of the most draconian political systems in the world in which perceived political disloyalty to the leader may result in extrajudicial punishments and guilt by association is also applied.”

In comparing dictators throughout history, Snyder referred to one of the UN reports frequently cited in last week’s State Department release. “The UN 2014 Commission of Inquiry report compared North Korea to Nazi Germany,” he said. “Stalin is also an apt comparison.”

Kim Jong Un believes that he is meant to rule the isolated nation with unquestionable sovereignty, beyond reproach and deserving of complete devotion. The belief also applied to his father, Kim Jong Il, and his grandfather, Kim Il Sung, before him as they reigned supreme over the rogue nation.

“North Korea is intolerant toward religious expression because deification of the leader is the only form of worship that is tolerated,” Snyder explained. “And the concept of God poses a potential loyalty conflict with loyalty to the leader.”

The new report makes it clear that “refusal on religious or other grounds to accept the leader as the supreme authority was regarded as opposition to the national interest and reportedly resulted in severe punishment.”

“The entire governing system is based on cult of personality and absolute loyalty to Kim,” Snyder added.