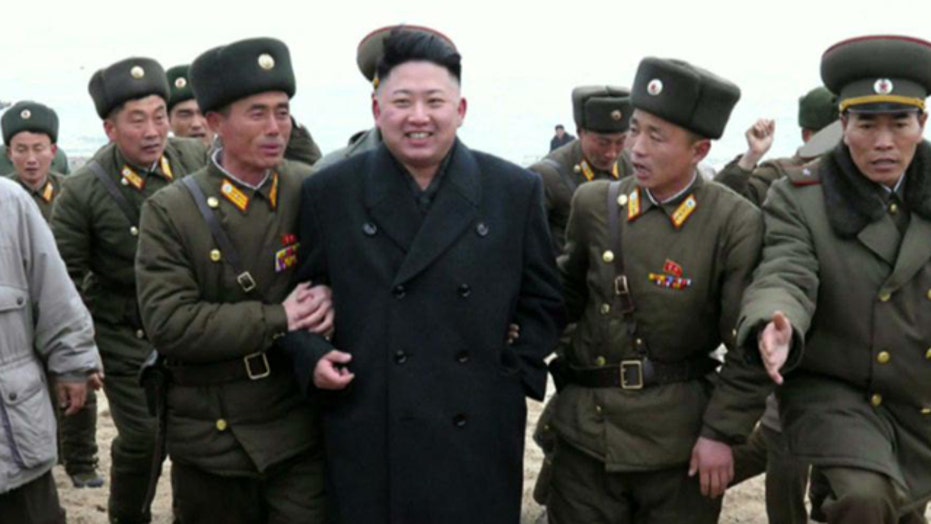 Could the US see another Korean War?

Because You Asked: Will more troops be sent to South Korea?

SEOUL, South Korea – North Korea on Friday blamed South Korea and the United States for cyberattacks that temporarily shut down websites this week at a time of elevated tensions over the North's nuclear ambitions. Experts, however, indicated it could take months to determine what happened and one analyst suggested hackers in China were a more likely culprit.

Internet access in Pyongyang was intermittent on Wednesday and Thursday, and Loxley Pacific Co., the broadband Internet provider for North Korea, said it was investigating an online attack that took down Pyongyang servers. A spokesman for the Bangkok-based company said Friday that it was not clear where the attack originated.

North Korea's official Korean Central News Agency blamed the shutdown on the United States and South Korea, accusing the allies of expanding an aggressive stance against Pyongyang into cyberspace with "intensive and persistent virus attacks."

South Korea denied the allegation and the U.S. military declined to comment.

Loxley Pacific, which has provided broadband Internet service in North Korea through a joint venture with the government since 2010, said the Internet was back to normal Friday. AP journalists in Pyongyang also were able to access the Internet again Friday after two days of disruptions. Most North Koreans do not have access to the Internet, which remains restricted to a select group.

The cyberattack accusation comes amid a torrent of North Korean criticism against the U.S. and South Korea for holding routine joint military drills that Pyongyang considers preparations for an invasion. North Korea also is incensed by U.N. sanctions punishing Pyongyang for testing a nuclear device that it claims to need as a defense against U.S. aggression.

Increasingly, many nations see cyberspace as a new front for warfare. China and the U.S. have accused one another of state-backed cyberspying.

Accusations of cyberattacks on the Korean Peninsula are not new, but it is usually South Korea accusing the North of unleashing hackers on its computer networks. Seoul believes Pyongyang was behind at least two cyberattacks on local companies in 2011 and 2012.

South Korean security experts questioned North Korea's quick blame of Washington and Seoul because it can take months to trace the source of a cyberattack and hackers can easily disguise their locations.

Individual hackers in China, where information about North Korea's cyberspace and computer software is more widely available than in the U.S. and South Korea, are more likely to blame in this case, said Lim Jong-in, dean of Korea University's Graduate School of Information Security in Seoul.

"There are many Chinese Internet users who have expressed their hatred of North Korea these days. I think it's more likely that some of them launched cyberattacks on North Korean websites," said Lim. "Many in China know much more about North Korea's IT environments."

Self-styled Chinese patriotic hackers have attacked the websites of foreign governments and private corporations at times of tension with Japan, France, Germany and others. Outrage might be sparked by territorial disputes, diplomatic snubs or perceived insults to China.

Such hackers, working individually or in tight networks, with or without government knowledge, may have been similarly riled up over North Korea's latest provocations, including the Feb. 12 nuclear test.

China had urged North Korea not to conduct the provocative test, and Beijing gave its support to U.N. sanctions punishing Pyongyang in the wake of the underground explosion, the North's third. The test has drawn vocal criticism from middle-class urban Chinese and even government-backed scholars.