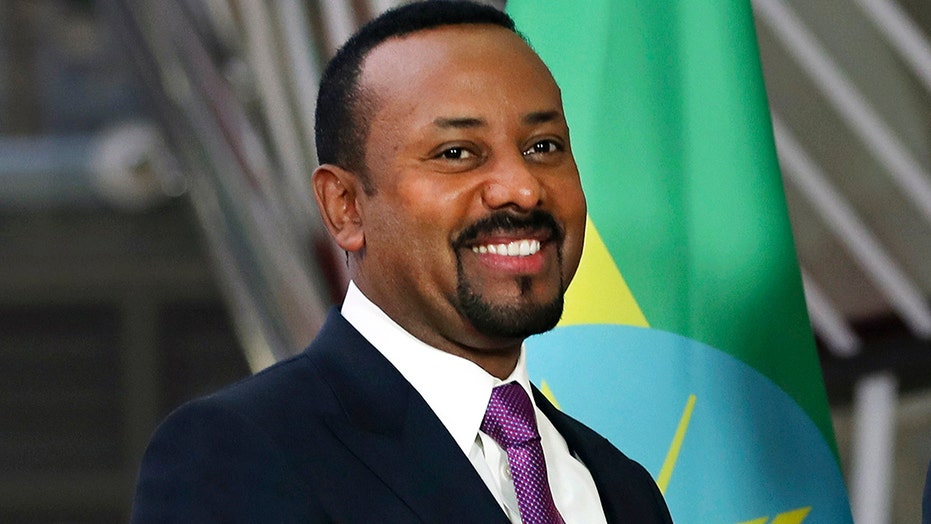 Deadly protests erupted in Ethiopia on Wednesday following claims that the government mistreated a prominent media activist, a sign that the nation’s prime minister may be losing support less than two weeks after winning the Nobel Peace Prize.

Hundreds gathered in support of media entrepreneur Jawar Mohammed outside his compound in the capital, Addis Abba, after he claimed Prime Minister Abiy Ahmed’s government withdrew security from his home, the BBC reported. Government officials have denied the claim.

At least five people were killed in clashes Wednesday in the capital and other cities, officials and residents told Reuters.

The protests come amid growing ethnic violence triggered by the greater freedoms allowed under Abiy’s government. The country previously suffered from decades of repressive rule.

Abiy won the Nobel Peace Prize earlier this month for his efforts to end the 20-year border conflict with neighboring Eritrea.  (AP)

Abiy has been accused by critics of ignoring some of the nation’s ethnic groups, according to the BBC. Meanwhile, Jawar, an Ethiopian-born U.S. citizen, has faced allegations of promoting ethnic interests over national unity.

Abiy, who has allowed more media freedom in a country previously condemned for its treatment of journalists, didn’t name anyone specific when he made the accusations in a speech to parliament Tuesday, Reuters reported.

“Those media owners who don’t have Ethiopian passports are playing both ways,” Abiy said. “But if this is going to undermine the peace and existence of Ethiopia...we will take measures. You can’t play both ways.”

Abiy was awarded the Nobel Prize earlier this month for his sweeping reforms in the country after decades of repressive control. He also accepted a peace deal with neighboring Eritrea, ending a 20-year border war that saw 80,000 people killed.

He launched a book titled “Medemer” following his win. The book focuses on his ideology of inclusivity and unity in a country that is home to around 80 ethnic groups and faces rising problems of ethnic unrest.

Protesters burned copies in the town of Dadar Wednesday.