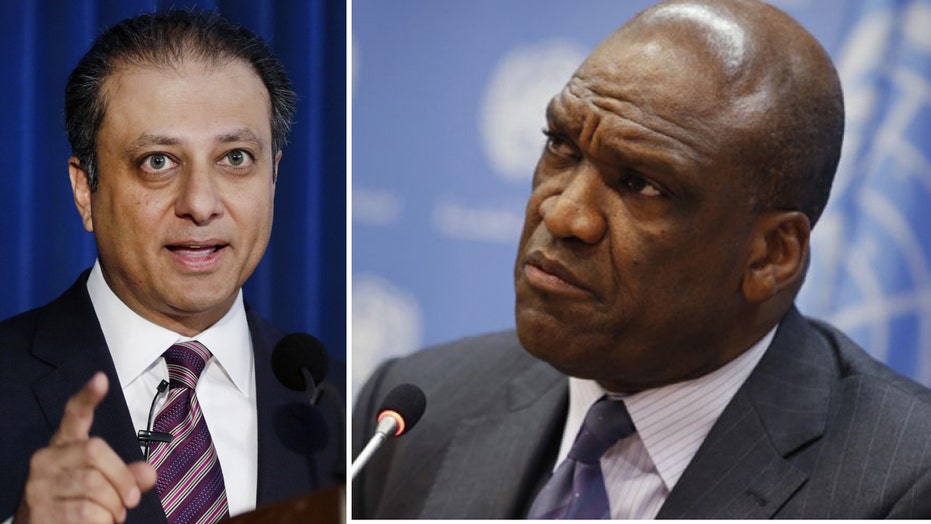 The president of the United Nations General Assembly said “corruption has no place” there, after prosecutors accused one of his predecessors of accepting more than half a million dollars in bribes from Chinese businesses.

Former UNGA president John Ashe used some bribe money to fly his family to New Orleans, where they stayed in an $850-a-night hotel room, according to court documents filed today.

Prosecutors say other money was used to lease a luxury car, pay Ashe’s home mortgage, buy Rolex watches and custom suits, and construct a $30,000 basketball court at his home in Dobbs Ferry, New York, where he was arrested Tuesday. He opened two bank accounts to receive the funds and then underreported his income by more than $1.2 million, officials said.

"We will be asking: Is bribery business as usual at the U.N.?"

U.S. Attorney Preet Bharara repeatedly noted that it was early in the investigation and told reporters that as it proceeds: "We will be asking: Is bribery business as usual at the U.N.?"

He added: "I wouldn't be surprised if we see other people charged."

The prosecutor said Ashe "converted the United Nations into a platform for profit" when bribery opportunities were dangled before him by Chinese billionaire Ng Lap Seng, 67, and others.

In a news conference, current UNGA president Mogens Lykketoft of Denmark echoed the comments of Secretary-General Ban Ki-Moon, saying, "If proven, this is an attack at the very heart of the integrity of the United Nations."

Prosecutors say the scheme unfolded from 2011 through 2014.

Ng and his assistant, also named in the indictment, were already being held by federal authorities, accused of lying about plans for $4.5 million in cash brought into the U.S. over several years aboard private jets. It wasn't immediately clear if prosecutors believe any of the money was used in the Antigua bribery scheme. According to court documents, Ashe used his position to push the U.N. to promote a conference center in Macau being developed by Ng.

"The charges announced today are sending a message to those who come to the United States from other countries with corruption plans or bags full of cash -- no one is above or beyond the law,” said Manny J. Muriel, the Assistant Special Agent in Charge of the New York Field Office of IRS-Criminal Investigation.

"We will continue to do everything we can to root out public corruption -- whether we find it in a city council, in Albany, or as here, in the United Nations," Bharara said.

Ashe's legal representation wasn't clear. No one answered a phone call to the mission for Antigua; he is no longer listed in the U.N. directory. A message left with a representative for the General Assembly wasn't immediately returned.