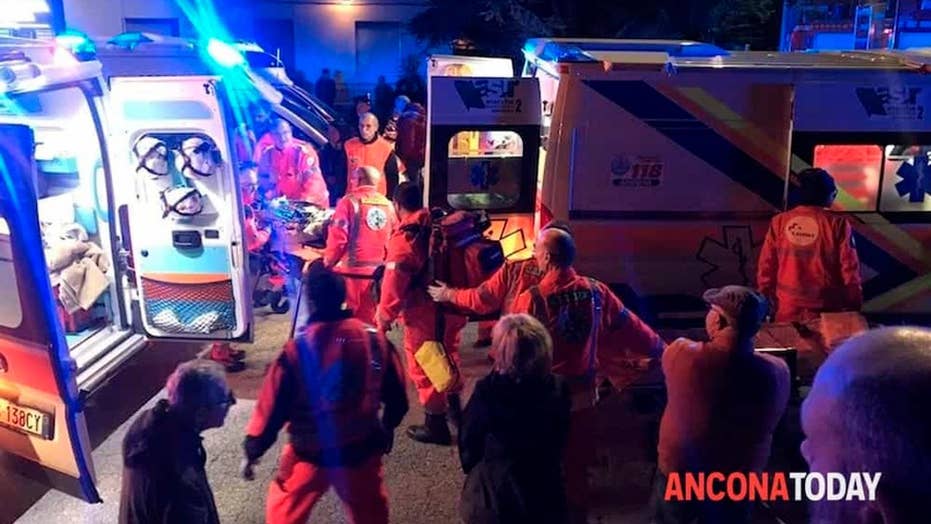 The overcrowded club was hosting a rapper when some kind of unknown substance may have been sprayed into the air causing the crowd to panic.

At least six people died and dozens were hurt during a stampede of panicked concertgoers, many of them young teenagers, at a disco on Italy's central Adriatic coast early Saturday, authorities said.

Carabinieri paramilitary police Col. Cristian Carrozza said the teen victims ranged in age from 14 to 16 and the woman was 39. Of those injured, 13 were in serious condition, he said.

The woman had accompanied her daughter to the Lanterna Azzuerra (Blue Lantern) club in Corinaldo, near Ancona, where Italian rapper Sfera Ebbasta was set to perform, Ancona Police Chief Oreste Capocasa said.

Up to 1,000 people were believed to be inside the disco.

"It was a mess. The bouncers were getting the persons out," one unidentified witness told RAI state radio. "I went out the main door. People fell, one after the other, on top of each other. Absurd."

The bodies of the trampled victims were all found near a low wall inside the disco, Ancona Firefighters Cmdr. Dino Poggiali told Sky TG24 News.

There was panic after pepper spray was fired inside the club, according to the BBC, citing other reports.

But Ancona Firefighters Cmdr. Dino Poggiali said he didn't have any immediate confirmation from survivors that the use of an irritant, like pepper spray, had set off the panic.

In this frame taken from video rescuers assist injured people outside a nightclub in Corinaldo, central Italy, early Saturday, Dec. 8, 2018.

Italian Interior Minister Matteo Salvini said there possibly was a "stink" that could have been ammonia or another substance.Overcrowding was also suspected.

"From the initial investigation we have verified that more tickets were sold than the place could hold" in terms of capacity, Corrazza was quoted as saying by the Italian news agency ANSA.

Poggiali said it was too early in the investigation to know if any safety violations might have played a role.

Ebbasta tweeted a statement on Saturday morning in response to the disco stampede.

"I am deeply saddened by what happened last night in Corinaldo. It is difficult to find the right words to express the regret and pain of these tragedies," he wrote in Italian, sending "my affection and my support."

A 16-year-old boy told Italian news agency ANSA that disco patrons were dancing while awaiting the start of the concert when the stampede erupted.

Poggiali said that when rescuers arrived, all the doors were open.