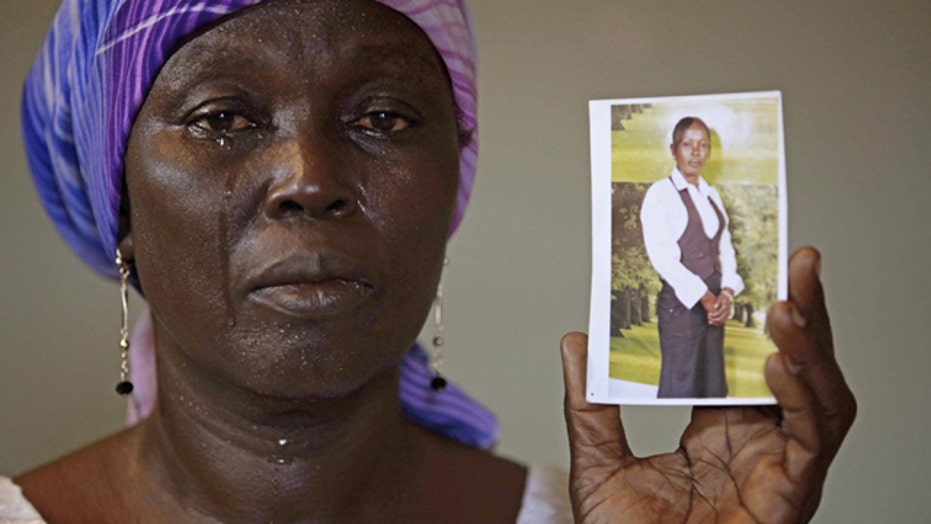 Boko Haram terrorists have killed more than 5,000 people and the group's violent movement has affected up to 6 million Nigerians, according to a recent Congressional study.

Attacks intensified this week as Islamists launched an assault on the country’s capital, Abuja, killing 21 people at a busy shopping center.

Franco Majok, program manager for Nigeria projects at Christian Solidarity International told Foxnews.com the country’s Christian community is on edge. Majok just returned from a trip to Nigeria where he visited victims of Boko Haram's bloodshed.

Most Christians living in the region he explains have left their villages to escape possible attacks by Boko Haram.

The group initially focused primarily on state and federal targets, such as police stations, but it has also begun to target civilian buildings.

In the Borno state, schools have been closed for several weeks and infrastructure like some government offices and the airport have been destroyed.

Many Nigerians-- including Majok-- fear the hundreds of girls kidnapped in April by the terror group will not return to their families.

The group has reportedly kidnapped more than 300 girls, boys and women in 2014.

“It is going to be very difficult to bring them back,” said Majok. “All of them have been converted to Islam already and they are going to be forced into arranged marriages … which will be difficult to track.”

He added, “Boko Haram is holding these girls as a human shield to protect themselves so the Nigerian army cannot attack them.”

Majok believes the militants carry out kidnappings to provoke the Christian community to rebel against the country’s president Goodluck Jonathan.

While he holds out hope for the young hostages, Majok says he expects kidnappings to increase as the terrorists believe they have become effective tool in their mission.

Watch the full interview with Franco Majok above.