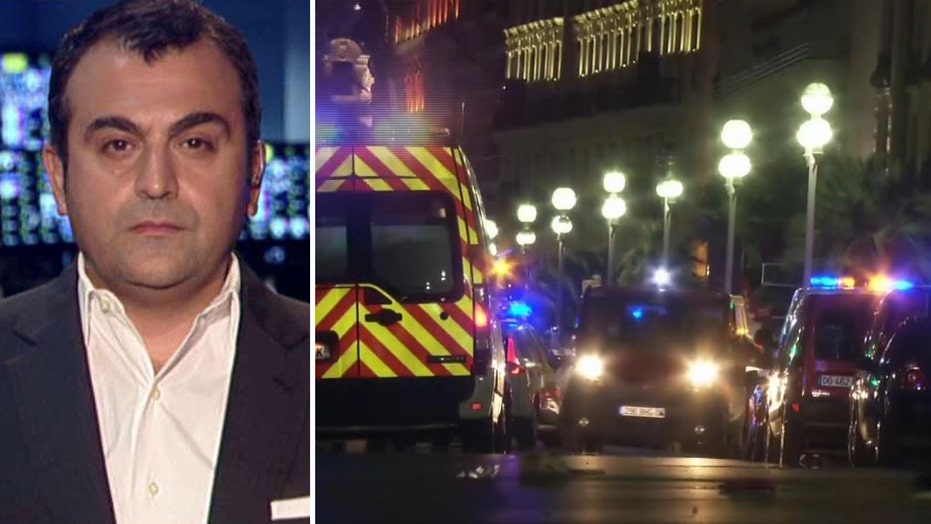 What we know about the terrorist behind the Nice attack

On 'The Kelly File,' Ali Soufan examines clues about Mohamed Bouhlel's past

The ISIS terror group claimed responsibility for the attack that killed 84 people in the French resort city of Nice as France’s top law enforcement official said investigators believe the attacker had been “radicalized.”

“These are the first elements that our investigation has come up with through interviews with his acquaintances,” The Washington Post quoted Cazeneuve as saying in Paris.

“We are now facing individuals who are responding positively to the messages issued by the Islamic State without having had any special training and without having access to weapons that allow them to commit mass murder,” Cazeneuve said, according to the Post.

ISIS claimed Bouhlel was a “solider” of the group without referring to him by name. The source of the claim, circulated on social media by an ISIS-affiliated news outlet, was a security member with the group.

Until now the portrait of Bouhlel that has emerged suggests a troubled, angry man with little interest in the group's ultra-puritanical brand of Islam.

It's also unclear whether or not he was acting alone. The Paris prosecutor's office said Saturday that five people are in custody following the attack.

The identities of most of those brought into custody were not clear. But neighbors in the Nice neighborhood where the Bouhlel used to live told The Associated Press his estranged wife had been taken away by police on Friday.

On Nice's seaside boulevard, the famous Promenade des Anglais, a makeshift memorial of bouquets, candles and messages commemorates the victims of the deadly attack.

France is observing three days of national mourning in homage to the victims -- although that hasn't stopped politicians from sniping at each other over who bore responsibility for the failing to stop the attack.

In an open letter published on the Nice Matin newspaper's website, regional council President Christian Estrosi -- a member of France's opposition Republicans -- described the country's current leadership as "incapable." He said he had requested that the police presence be reinforced in Nice ahead of the display but was told there was no need.

France is heading into elections next year, and the deeply unpopular French President Francois Hollande is facing multiple challengers from within his Socialist Party, from the right-wing Republicans, as well as the far-right National Front.