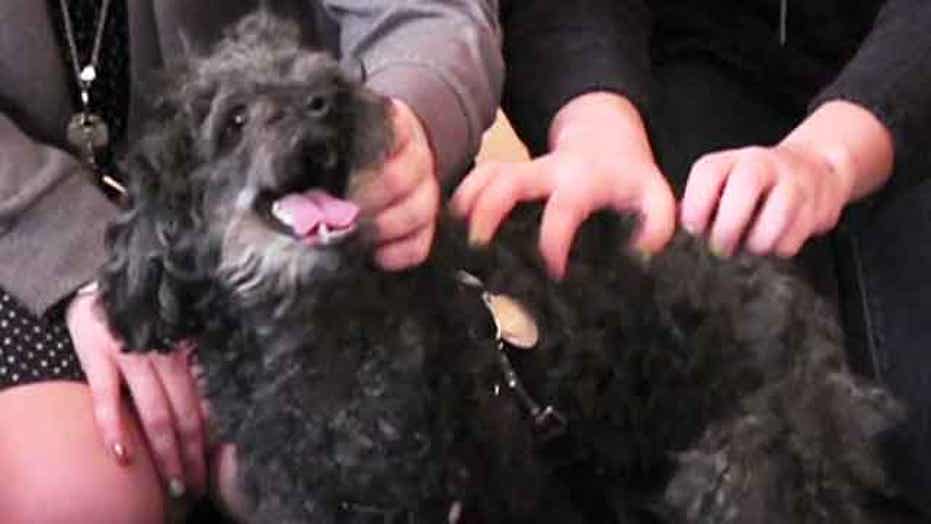 Columbia University is just one of many schools inviting cuddly pets to campus to de-stress students before finals week.

WELLINGTON, New Zealand – Gareth Morgan has a simple dream: a New Zealand free of pet cats that threaten native birds. But the environmental advocate has triggered a claws-out backlash with his new anti-feline campaign.

Morgan called on his countrymen Tuesday to make their current cat their last in order to save the nation's unique bird species. He set up a website, called Cats To Go, depicting a tiny kitten with red devil's horns. The opening line: "That little ball of fluff you own is a natural born killer."

He doesn't recommended people euthanize their current cats -- "Not necessarily but that is an option" are the site's exact words -- but rather neuter them and not replace them when they die. Morgan, an economist and well-known businessman, also suggests people keep cats indoors and that local governments make registration mandatory.

Morgan's campaign is not sitting well in a country that boasts one of the highest cat ownership rates in the world.

"I say to Gareth Morgan, butt out of our lives," Bob Kerridge, the president of the Royal New Zealand Society for the Prevention of Cruelty to Animals, told the current affairs television show Campbell Live. "Don't deprive us of the beautiful companionship that a cat can provide individually and as a family."

For thousands of years, New Zealand's native birds had no predators and flourished. Some species, like the kiwi, became flightless. But the arrival of mankind and its introduction of predators like cats, dogs and rodents has wiped out some native bird species altogether and endangered many others.

"Imagine a New Zealand teeming with native wildlife, penguins on the beach, kiwis roaming about in your garden," Morgan writes on his website. "Imagine hearing birdsong in our cities."

But many New Zealanders are against the campaign. Even on Morgan's website, 70 percent on Tuesday were voting against making their current cat their last.

Morgan could not be reached on Tuesday.

And the science remains unclear. Some argue that cats may actually help native birds by reducing the population of rodents, which sometimes feed on bird eggs.

Morgan's separate personal blog, in fact, has a separate campaign to raise $1 million to eradicate mice from the remote Antipodes Islands, where rodents are the only predators.

A 2011 survey by the New Zealand Companion Animal Council found that 48 percent of households in New Zealand owned at least one cat, a significantly higher rate than in other developed nations. The survey put the total cat population at 1.4 million.

In the U.S., 33 percent of households own at least one cat for a total of 86 million domestic cats, according to a 2012 survey by the American Pet Products Association.

Scientist David Winter said cats are indeed a problem in New Zealand, having contributed to the extinction of at least half a dozen New Zealand bird species. Writing on his blog "The Atavism," Winter said Morgan's campaign appeared designed to "start conversations."

Still, he added, "What hope is there for environmentalists in conversation where our side wants to take people's kittens away?"