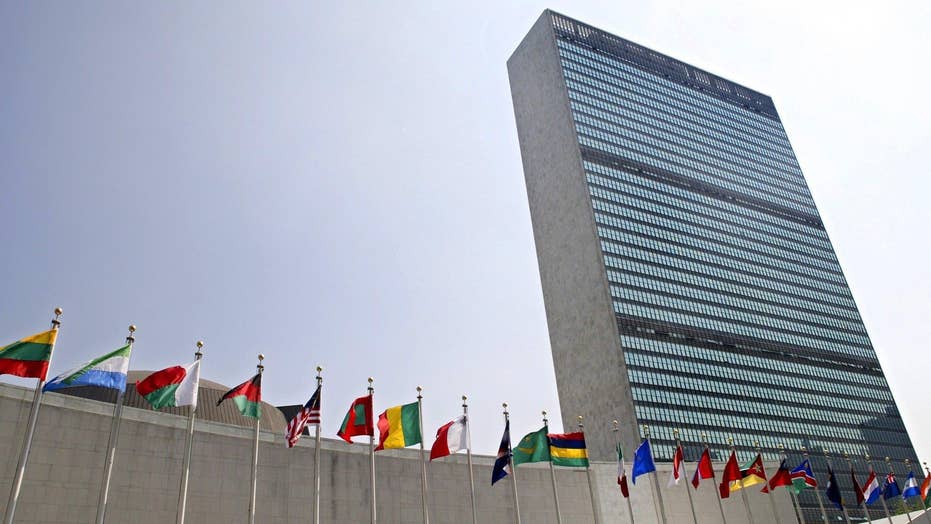 New calls for US to stop funding the United Nations

Six months after a United Nations watchdog report suggested better protection for UN whistleblowers, the global bureaucracy is about to produce a policy that could make a bad situation for those employees a lot worse.

It could also produce an early headache for new UN Secretary General Antonio Guterres, who took office on January 3, as he faces U.S. legislators who are eager to cut UN funding as a result of the Security Council’s Dec. 23 resolution condemning as illegal Israeli settlements on the West Bank and in East Jerusalem.

Among other things, critics charge the new whistleblower policy reinforces a two-tier standard at the scandal-scarred UN, in which only those pointing fingers at the most serious kinds of wrongdoing get full protection for their actions.

They also argue that it further increases possibilities for retaliation against anyone making  less high-profile allegations of internal UN wrongdoing or abuse of power,  and forces staffers to rely more heavily on internal organizations they consider to be weak or compromised to protect them in those lower-profile cases of alleged corruption and abuse.

The result, they argue,  is that it may further reinforce, rather than reduce, the UN’s notorious culture of impunity, in which wrongdoing is often perceived to be untouchable—and those who draw attention to it face harsh retribution.

According to the Government Accountability Project, a Washington-based organization that supports whistleblowers, “UN management is narrowing the definition of a ‘protected disclosure’ in a revised policy,” and “it should not be made more restrictive.”

For its part, UN bureaucrats say the organization’s aim is to streamline procedures for  protecting accusers and investigating newly defined “public interest” claims of wrongdoing; keep pettier grievances from clogging up the system by referring them to other channels; and use the UN’s internal investigators and Ethics Office to help prevent “retaliation before it occurs,” as well as “clarify roles and responsibilities.”

They also point to the fact that  UN member states have been grouching loudly that the organization’s internal deliberations over the new  policy have already taken far too long, and that they were given a deadline of the end of 2016 to come up with the version they now have in hand.

The new protection policy is sitting on the desk of fledgling Secretary General Guterres, as part of his legacy from former Secretary General Ban Ki-moon, who faced a variety of grave, whistleblower-ignited scandals during his decade-long tenure and, according to critics, mishandled many of them.

They ranged from allegations of secret UN transfers of forbidden foreign currency to the nuclear-ambitious regime of North Korea to the welter of sexual abuse scandals involving non-UN peacekeepers in the Central African Republic, where the UN was accused of inaction and deliberate coverup by an independent panel of jurists and legal experts.

A UN spokesperson told Fox News that the new policy will be published “as soon as practicable in the New Year,” by which time Guterres, who has spoken publicly of the need to protect whistleblowers, will also have signed off on it.

How soon is likely a tricky question for Guterres as he faces the prospect of those irate  U.S. legislators, whose actions will gain ever greater weight after the inauguration of Donald Trump, himself no fan of the U.N.’s anti-Israel actions.

One weapon at their disposal could be a U.S. statute passed in 2015 that mandates Washington to withhold 15 percent of its UN contributions if the Secretary of State does not certify the organization is implementing and enforcing “best practices” to protect whistleblowers from retaliation for “internal and lawful” public disclosures.

The full extent of those contributions is not really known:  the Obama Administration quit publishing tallies in 2010. But the U.S. is responsible for paying 22 per cent of the UN Secretariat’s so-called regular budget of  some $5.46 billion for 2016-2017, which is about half of what the organization is expected to spend. (The U.S. is also responsible for 28.57 per cent of the current $7.9 billion UN annual peacekeeping budget.)

So far, the U.S. has only imposed its withholding penalty on one UN organization, the Geneva-based World Intellectual Property Organization (WIPO)—which  gets the overwhelming bulk of its revenues from external fees and where U.S. government contributions are miniscule.

And in that case at least one UN whistleblower, Miranda Brown, who says she lost her job as a result of publicizing alleged abuses of power by WIPO’s Executive Director Francis Gurry, has never been reinstated.

“It is pretty clear that the Obama Administration bent over backward to avoid imposing the [withholding] penalty elsewhere, by misinterpreting or putting the best possible spin on UN whistleblower policies” observed Brett Schaefer, a UN expert at the conservative Heritage Foundation.

On whether the incoming Trump Administration should make use of the 15 per cent penalty provision to enforce tougher standards, he said, “I hope that they do so. Whistleblowers are a critical for unearthing mismanagement and criminal behavior in organizations like the U.N. They need to be protected.”

UN whistleblowers and their outside supporters have already made clear their feeling that the impending policy changes for the vastly larger UN Secretariat don’t come anywhere near the “best practices” accolade that the U.S. statute uses as a benchmark. UN staff association leaders raised concerns about the changes in an initial get-together session with Secretary General Guterres on Jan. 4.

A UN spokesperson called that exchange part of “introductory meetings,” where “the issue was not specifically discussed.” Guterres is scheduled to face a much bigger town-hall meeting of UN staffers on Jan. 9, where the issue may also be aired.

In broader terms the problems with the whistleblower issue are built into the fabric of the UN,   an international organization possessed of diplomatic immunities that is not beholden to any national form of law, and whose internal workings are largely immune to outside inspection.

Moreover, its internal means of self-policing are self-admittedly under-funded, weak, and shown on occasion to be too close to top management, even while nominally independent.

According to the UN report that urged better protection for whistleblowers, more than half of some 16,000 staffers surveyed in 28 UN organizations think that “fraudulent behavior goes unpunished” in their respective organizations, and fewer than one-quarter get any training in how to spot fraud indicators.

Additionally, many  of the surveyed staffers “did not see a clear commitment on the part of the senior  management to tackle fraud in their organizations,” the document said,  and declared that UN organizations were in “a state of near denial” about the extent of fraud in their midst.

That survey included not only lower-level employees, but also more than 160 UN managers.

The reality is that for many UN employees, “there is a real sense of fear here”  about speaking up, as one UN staffer in New York told Fox News.

In fact, the U.N. has long had a two-tier system for categorizing allegations of fraud, abuse of power, and other misdeeds, but the “public interest”  modification for whistleblower disclosures adds a new subjective wrinkle.

“Public interest” is defined, a UN spokesman told Fox News, as “an allegation of wrongdoing manifestly harmful to the interests, operations, or governance of the UN,” or “serious instances of misconduct, such as fraud, waste, abuse, or corruption.”

Both definitions leave a lot of room for interpretation—unless, perhaps, they have already inspired bad headlines for the UN.

Other, lesser reports are deemed to concern “inter-personal or performance matters” that are examined through other internal channels.

These would be resolved through “mitigation” efforts that, according to a UN spokesperson could include “Ethics Office engagement with the individual’s senior management to ensure monitoring of the individual’s workplace situation with a view to preventing any retaliatory action.”

The wafty nature of that description does not inspire a lot of confidence among UN staffers.   “For us, the question is that one person’s public interest issue is management’s personnel dispute,” argues a senior member of a UN staff association. (UN employees interviewed for this story requested anonymity.)

“Under this system, it’s very possible that if they report what they know in good faith, they can be told it’s a minor issue, and they won’t be protected. In effect, it will be too late for them by the time they have said anything.”

Two UN staffers who have battled –ultimately unsuccessfully--through the current UN whistleblower system provided a list of hard-to-prove retaliatory measures that would not be protected unless the “public interest” level was involved.

They included a sudden rash of negative performance ratings, loss of work assignments, addition of new duties that the staffers could not accomplish, denial of training or promotion opportunities, or access to internal databases.

In one case, a UN staffer claiming retaliation told Fox News, “they took all my work away. Essentially I am assigned nothing.”

The main filter for deciding whether whistleblower allegations under the new system are in the “public interest” or not  is the UN’s chief  investigative watchdog, the Office for Internal Oversight Services, or OIOS --which itself in the past has been charged with retaliatory action against its investigators.

In another high-profile case, the then-head of OIOS, Carman LaPointe, was singled out in late 2015 by the independent panel looking into Central African Republic sex abuse allegations for “abuse of authority” in investigating a UN human rights official, Anders Kompass, who allegedly violated internal UN reporting procedures when he brought the scandal to light by tipping off the French government to the role of French troops in the affair.

The panel exonerated Kompass for his actions, and so did OIOS—but only nine months after the panel aired its conclusion. LaPointe, who vigorously denied any abuse of authority, had retired from the U.N. system before the panelists issued their report.

The Government Accountability Project has compiled numerous other incidents where UN whistleblower protection was anything but. In 2013, a UN dispute tribunal found that in the case of two OIOS investigators who claimed retaliation against them by their own department, an internal investigation against them was “retaliatory, failed to follow due process, and paid scant regard to the risk of reputational damage” to the complainants.  The judgment was vacated by another tribunal on a legal technicality.

In the 2012 case of UN whistleblower James Wasserstrom—a former U.S. State Department employee, who threw the spotlight on an alleged major procurement kickback scheme in Kosovo and was subsequently fired—a UN tribunal castigated the Ethics Office for failing “to carry out an independent and proper review” of an OIOS investigation report that claimed there was no retaliation in Wasserman’s case.

“Had the Ethics Office conducted a proper review of the Investigation Report,” the tribunal decision noted, “it is inconceivable that they would have accepted the finding of OIOS in this respect.”

The tribunal found that retaliation had, in fact, taken place, but awarded Wasserstrom only token damages.

In all, GAP has noted in a blog post by Beatrice Edwards, the UN Ethics Office has rejected “97 per cent of the inquiries it received on retaliation between 2006 and 2014.”  “It’s clearly not an individual failing, it’s a structural problem,” writes Edwards, who called the Ethics Office “useless.”

The Ethics Office’s meager findings of retaliation, however, are cited in a different context by a UN spokesperson, who noted that in 153 preliminary reviews of retaliation claims, only 5, or about 3.3 percent, were actually found to involve retaliation (with six reviews still pending).

The spokesman compared those findings favorably with similar work at other institutions such as the World Bank (2 percent of cases found to be retaliatory).

Problem is that early last December, a GAP study declared that the World Bank had similar problems involving “a climate of insecurity among the staff about management’s commitment to whistleblowers, as well as … uncertainty about the protections actually in place.”