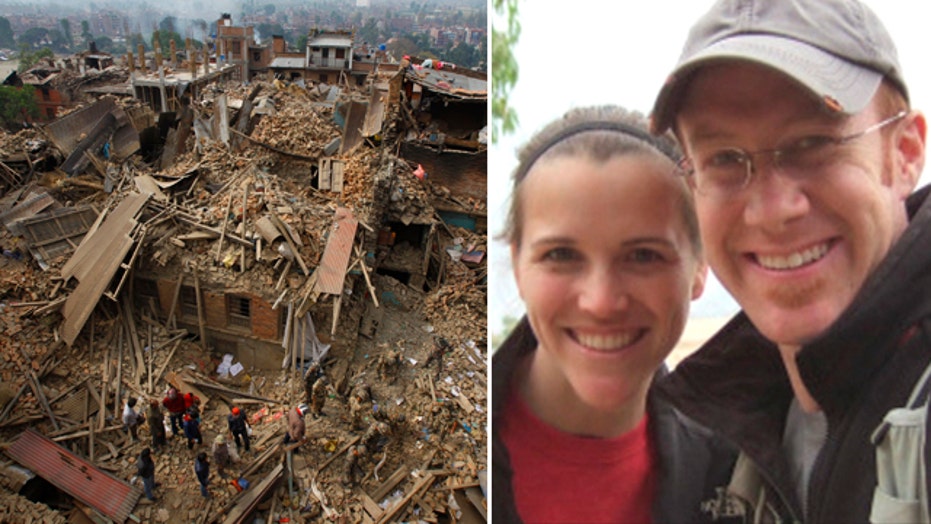 KATHMANDU, Nepal – Rescuers were digging Tuesday through thousands of tons of earth from a quake-triggered mudslide in Nepal that wiped out an entire village along a popular Himalayan trekking route and killed at least 60 people.

Nine of the victims recovered in the Langtang Valley since the April 25 earthquake and mudslide were foreign trekkers, said Gautam Rimal, the top government official in the Rasuwa district. Villagers say as many as 200 people could have been killed.

The valley and its little village of Langtang are about 35 miles north of Nepal's capital, Kathmandu. It was a popular stop for trekkers because of its scenic views of the Himalayas.

"The entire village was wiped out by the mudslide. There were some 60 houses there, but they were all buried under rubble. It will be impossible to recover all the bodies," Rimal said.

The village is now about a two-day hike from the nearest town because the landslide has blocked area roads. While helicopters allow easy access, they remain in short supply because of aid missions across the quake-affected parts of Nepal.

The still-rising death toll from the quake, Nepal's worst in more than 80 years, has reached more than 7,500.

In Kathmandu, authorities say up to one-third of the city's residents have left since the quake. In the first days, bus stations were jammed with people fearing aftershocks or trying to get home to relatives in devastated villages.

Authorities do not know how many of those people have returned to the capital, but on Tuesday there were still people waiting for buses to leave.

"I stayed back here to help out my neighbors and clean up the neighborhood," said Surya Singh, who was at a large bus station. But now he wants to see the damage in his home village — though with many roads still blocked by landslides he was unsure if he could get all the way by bus.

Kathmandu police say nearly 900,000 people have left in the past 10 days. The population of Kathmandu valley — including the city of Kathmandu and smaller towns of Lalitpur and Bhaktapur — is 2.5 million people.

Life has been slowly returning to normal in Kathmandu. Schools are to remain closed until May 14 but some markets are open and trucks have been bringing in fresh food and vegetables every day.