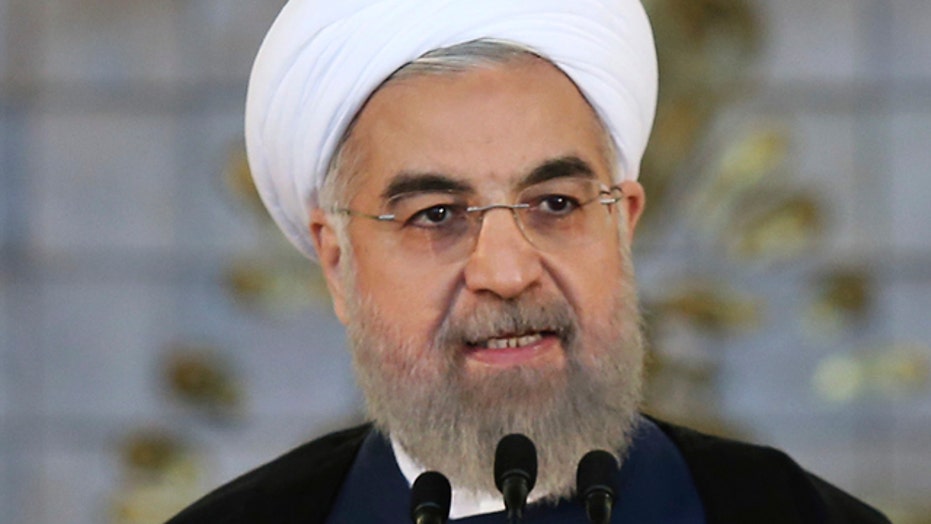 Celebration on the streets of Tehran

New York Times' Thomas Erdbrink reports from Iran: People dancing as if they have won the World Cup

From “Death to America” to détente?

As recently as Monday, Iranian newspapers were referring to Americans as “neocon nut jobs.” That was just two days after the country’s supreme leader called the U.S. “arrogant powers.” But after President Hassan Rouhani announced “all our objectives” were met in Tuesday’s nuclear agreement, the tone of Iran’s rhetoric shifted dramatically.

“This agreement goes both ways,” Rouhani wrote on Twitter. “The successful implements of #IranDeal can dismantle the wall of mistrust brick by brick.”

That brand of rhetoric is a fresh path in Iranian-American communications.

"The road ahead will still be that of resistance against the neocon nut jobs, their acronym fest of spy agencies, and their regional cohorts and machinations"

Supreme Leader Ayatollah Khamenei on Saturday called the U.S. an “excellent example of arrogance,” according to Iran’s state-run Press TV. “Get yourselves prepared to continue the struggle against arrogant powers.”

In a commentary titled “Evil Never Sleeps,” Iran’s FARS News Agency picked up on Khamenei’s language and called the result of the nuclear agreement largely meaningless.

“Whatever happens in Vienna, the road ahead will still be that of resistance against the neocon nut jobs, their acronym fest of spy agencies, and their regional cohorts and machinations,” FARS wrote Monday, as the finalized deal was a mere hours away. “As maintained by Ayatollah Khamenei, the struggle against the arrogant powers and their divide and rule techniques has only just begun.”

And while Iran may have struck a more diplomatic tone with one “Great Satan,” that level of tact does not apply to all Iranian adversaries.

Just 18 minutes after he talked about dismantling “the wall of mistrust brick by brick,” Rouhani tweeted out an apparent jab at Israel.

“To our neighbors: Do not be deceived by the propaganda of the warmongering Zionist regime,” he wrote. “#Iran & its power will translate into your power.”

That power has generated some concern from Middle Eastern Sunni nations. If the nuclear agreement ultimately results in Shia Iran developing a nuclear weapon, it could set off a Sunni arms race to stabilize the balance of power in the region.

Publicly, however, some Sunni countries approved of the deal Tuesday, albeit with cautious, limited language.

Egypt’s foreign ministry said the deal could lead to regional stability, according to the Associated Press. The United Arab Emirates also welcomed the agreement, the AP reported.

But Saudi Arabia, which is currently fighting the Iranian-proxy Houthi rebel forces in Yemen, was very critical of Iranian aggression as recently as July 9.

“We are determined to prevent Iran from taking any negative actions in the region or in any brotherly Arab country,” Saudi Foreign Minister Adel al-Jubeir said.

The news anchor on state-run Saudi Channel 1, Mohammed al-Mohya, told Reuters on Tuesday that the deal should cause Sunni nations to seek partnerships with countries other than America.

“Iran made chaos in the Arab world and will extend further after the agreement,” he said. “And the [Gulf Cooperation Council] countries should reduce their confidence in America and turn their focus to Russia and China.”

A Saudi official told Reuters, “We have learned as Iran’s neighbors in the last 40 years that goodwill only led us to harvest sour grapes.”