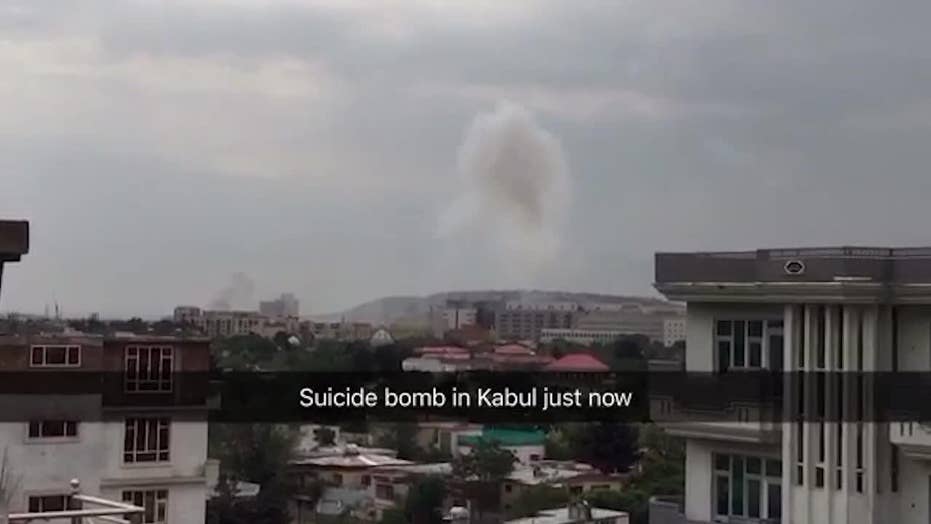 KABUL, Afghanistan -- At least eight civilians were killed early Wednesday in a suicide attack against a military convoy, which was near the U.S. embassy and NATO compound in Kabul, Afghanistan.

An investigation of the attack, which is still in its early stages, indicates that the Haqqani network is behind the bombing. However, no group has claimed responsibility for the attack.

The attacker is said to have been targeting a convoy of NATO-helmed Resolute Support vehicles close to Massoud Square in the city center, igniting at a NDS checkpoint. At least eight have died and a further 25 wounded, officials said.

A military source told Fox News the bomber pretended to be a construction worker, with tools and a uniform, and when the convoy arrived he pressed the button.

More than an hour later, smoke could still be seen bellowing through the grey sky from the bomb site as scores of military aircraft hovered close by.

The dead have not yet been identified.

Kabul has been on high alert in the last few weeks with the beginning of what is sometimes called the "fighting season."

Lt. Gen. Naveed Mukhtar, chief of Pakistan's Inter-Services Intelligence, had arrived just hours earlier on Tuesday, presumably in an effort to mitigate tensions between the two neighboring countries, but sending the security situation into a further disarray.

Over the weekend, Fox News was informed that authorities foiled a car-bomb attack. The car was discovered with rounds ready to fire near where the Pakistani parliamentary delegation was meeting with Afghan officials in the unprecedented visit.