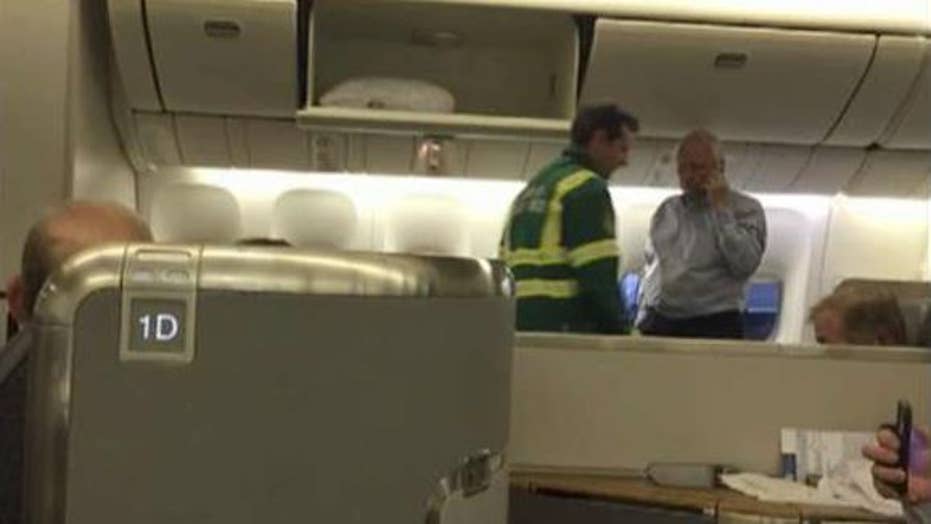 An American Airlines fight bound for Los Angeles was forced to return to London's Heathrow Airport Wednesday after at least six people on board fell ill.

The Daily Telegraph reported that one member of the Boeing 777's cabin crew fainted and five others complained of feeling unwell. With the plane in the air over southwest Iceland, the captain made the decision to return to Heathrow.

American Airlines confirmed that two passengers and "some of our flight attendants" complained of lightheadedness aboard Flight 109, which left Heathrow at 12:05 p.m. local time Wednesday (7:05 a.m. EST). The airline said early Thursday that the aircraft was being inspected by maintenance engineers.

Paramedics and fire crews surrounded the plane as it landed approximately five hours after it had taken off. The Telegraph reported that the passengers' luggage was briefly taken away for inspection before being returned to them.

"About 2.5 hours into the flight just as we were passing Iceland we had a Tannoy announcement asking for any doctors, nurses or medical professionals on board to report to the boarding doors to assist with unwell passengers," passenger Lee Gunn told The Daily Mirror. "The lights then came on in the cabin and there was lots of commotion."

"Eventually, when we did dock, there was only one person who came on and he was monitoring the air," passenger Alan Gray told The Daily Mail. "Then the paramedics were allowed onboard to treat those who were ill and everybody was let off."

The London Fire Brigade said that crews investigating the plane found no evidence of hazardous substances, while the London Ambulance Service said that six patients who complained of feeling unwell were examined, then discharged.

It remains unclear what caused the illnesses.