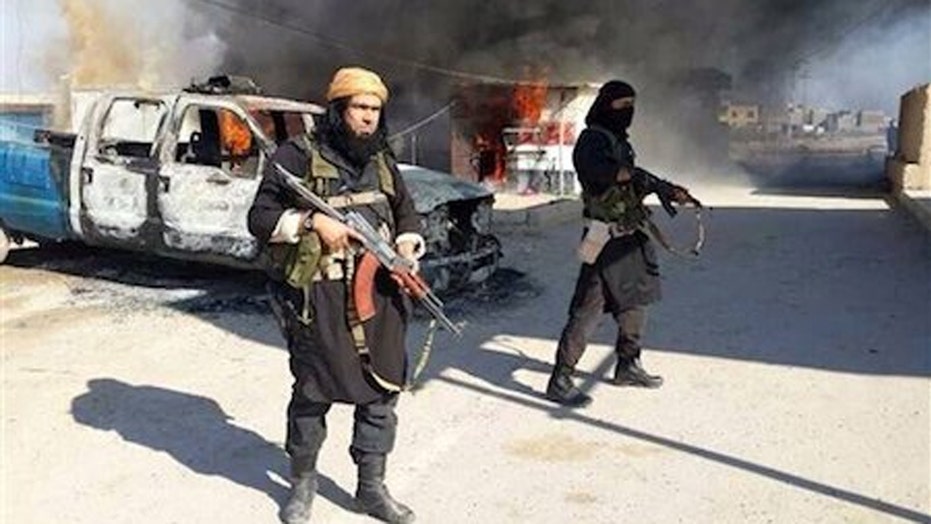 Strategy Room: David Mercer and Bradley Blakeman on why the Obama administration is reluctant to call Syrian persecution genocide

Many are familiar with "The Vicar of Baghdad," Canon Andrew White, the head of one of the most prominent relief charities helping thousands of Christians displaced by ISIS, but many don't know that much of the work White gets credit for is actually carried out by a Muslim woman.

Meet Dr. Sarah Ahmed, an Iraqi dentist who for the past few years has devoted her time to traveling all over Iraq to bring clothes, medicine, food, hygiene supplies and just about any other need imaginable to the Christians, Yazidis, Muslims, Shebeks and others who have been thrown from their homes, tortured and raped at the hands of the Islamic State.

"She is there protecting all of the Iraqi Christians. You never hear anything about it in the news but you hear about the work I am doing. The work that I am doing is being done by a Muslim caring for the Christians," White, the former chaplain of St. George's Church in Baghdad, asserted last December during a lunch visit in Washington. "We think and hear about Islamic terrorism all the time. What about Islamic people working for the protection of Christians?"

Ahmed, who is now the director of operations for the White-founded Foundation for Relief and Reconciliation in the Middle East, spoke with The Christian Post this week from Kurdistan and detailed her experiences running all over northern Iraq to make sure that the needs of those vulnerable internally displaced persons, even on the dangerous side of Sinjar Mountain, are not overlooked.

"I am a very faithful person," Ahmed told CP. "I believe that with all the amount of [humanitarian work] that I have been doing and have been doing out of good faith in my heart and not for fame or money or anything, just out of my desire to help, I feel that God is always there for me and kind of protecting me and being around me to be able to reach all these areas and all these people."

"I know what a lot of people say about Islam but my Islam that I believe in is a religion that is very peaceful and believes in helping others," Ahmed continues. "You can not sleep while your neighbor is hungry or suffering. You have to lend a hand. I believe that all Muslims and all people have to do something to give back to life and the fact that they are living."

Originally from Baghdad, Ahmed went to the United States in 2010 to study and became a fully-trained dentist. While doing an internship on interfaith dialogue between Judaism, Christianity and Islam, Ahmed met White at a function in New York. Being that they were both from Iraq, Ahmed introduced herself and told the canon that she was working for a peacemaking initiative called "Because I Love Peace" to help build a relationship between the American and Iraqi people.

During that time, White offered her a role with his foundation, which Ahmed accepted. Although White offered to take her on at the Christian charity, he was hesitant at first to do so because she was a Muslim. Ahmed told CP that it was God who told White to offer her the job.

"We are a all-Christian charity and everybody is a Christian," Ahmed explained. "He was thinking 'What a place she would be in? She is not fit.' Then he said that God said, 'No, you know nothing. You have to have her. She has to come and work with you.'''

Ahmed said that she first started as a volunteer at a clinic and has worked her way up to be the director of operations and White's personal assistant. She said she never felt any discomfort when she first started working for the Christian charity as a Muslim and even had to live in the Baghdad church.

"It never crossed my mind. I feel no difference," Ahmed said. "I work for the Christians, Yazidis, Jews, everybody else. For me, we are all equal. I don't differentiate that much."