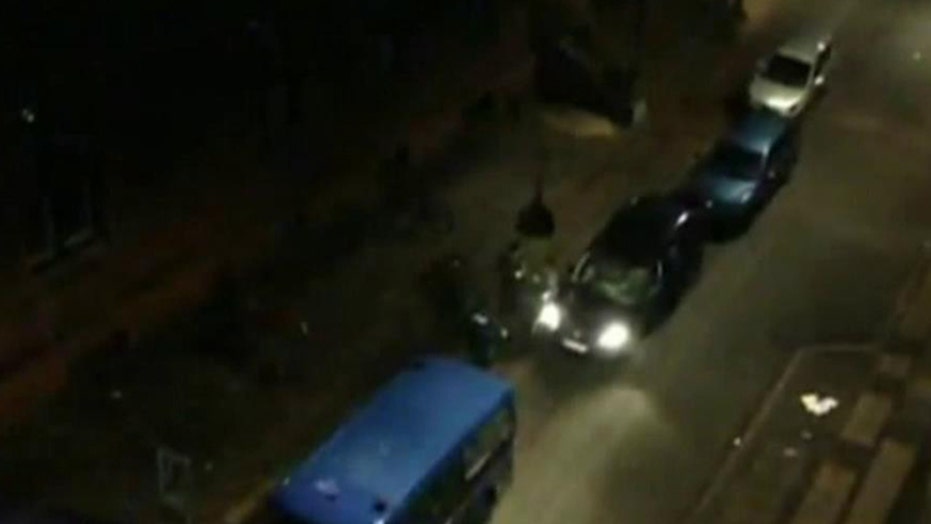 Rabbi Jair Melchior said Dan Uzan, 37, was guarding a celebration at a Jewish community building near the synagogue when he was shot dead.

"He was a person who was always willing to help. An amazing, amazing guy," said Melchior, speaking from Israel's international airport before boarding a return flight to Copenhagen.

There are an estimated 6,000 to 7,000 Jews in Denmark, including about 2,000 active members of the Jewish community, which operates its own security patrol that coordinates with police to protect Jewish institutions.

After an earlier shooting attack at a free speech event in the city, police beefed up security at the Jewish community building where the event was being held, Melchior said.  The gunman who killed Uzan in the attack just after midnight on Sunday also shot and wounded two police officers outside the synagogue.

Uzan's family is active in Copenhagen's Jewish community, Melchior said, and Uzan attended Jewish school and joined the community's security efforts from a young age. The slain guard was a talented basketball player, received a degree in politics, lived in Israel for a while and learned to speak Hebrew fluently, Melchior said.

Uzan wanted younger community members to replace him in the security detail, Melchior said, but the community pressed him to remain at his post.

Israeli Prime Minister Benjamin Netanyahu responded to the shooting by calling for the "massive immigration" of European Jews to Israel.

"This wave of attacks is expected to continue," Netanyahu said at the start of a Cabinet meeting. "Jews deserve security in every country, but we say to our Jewish brothers and sisters, Israel is your home."

The Israeli Cabinet approved a $46 million plan Sunday to encourage Jewish immigration from France, Belgium and Ukraine, countries where large numbers of Jews have expressed interest in moving to Israel.

The plan aims to bring about a "significant increase" in the number of immigrants by boosting Hebrew studies, holding immigration fairs, and posting more immigration officials in those countries, according to a government statement.

But Melchior said he was "disappointed" by Netanyahu's call for immigration following the attack.

"People from Denmark move to Israel because they love Israel, because of Zionism. But not because of terrorism," said Melchior. "If the way we deal with terror is to run somewhere else, we should all run to a deserted island."