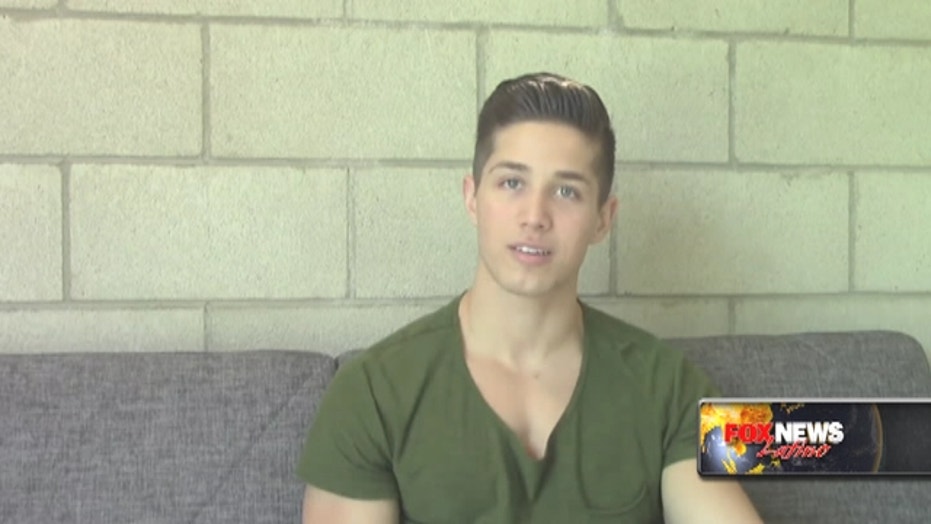 Brandon Larracuente talks about being on Netflix's 'Bloodline'

SAINT ANTHONY, Minn. (KMSP) - Less than 24 hours after protests turned violent on I-94 in St. Paul, another rally took place on Sunday in St. Anthony demanding the prosecution of Officer Jeronimo Yanez.

While their chants rung out in front of the St. Anthony Police Department, protesters didn't get a view of any officers coming or going.

"It seems like they're barricaded in this bunker and they're ignoring the fact that we're here to talk to them," said Jill Waite, Committee for Professional Policing.

During the three-hour event, there was no sign of St. Anthony Police, who called in Bloomington and Richfield cops to help with safety and traffic control.

In attendance were people like Michael Collins, a St. Anthony resident and father.

"I don't want police to fear us, but we shouldn't have to fear them," said Collins.

He says he has never had any issues with the St. Anthony Police Department, but this incident with Officer Yanez has him concerned for his 14-year-old son.

"He's running around hanging with his friends in the neighborhood,” said Collins. “He shouldn't be afraid to ask a police officer for something or if a police officer approaches him, he can make a sudden move."

None of Sunday's speakers publicly addressed Saturday's I-94 protest nor the violence perpetrated by some of the protesters against police.

"If I personally see anyone engaging in that kind of conduct, I will report you myself," said Pounds.

Pounds wasn't involved in the shutdown of I-94 nor was she there, but she claims the throwing of rocks, bricks and other items was the work of outside agitators.

"I cannot control agent provocateurs,” said Pounds. “They are always there, they will always be there."

Less than 24 hours later, she wanted to move off the topic and put the focus back on change.

"Black people in Minnesota are not safe,” said Pounds. “That needs to remain the focus."