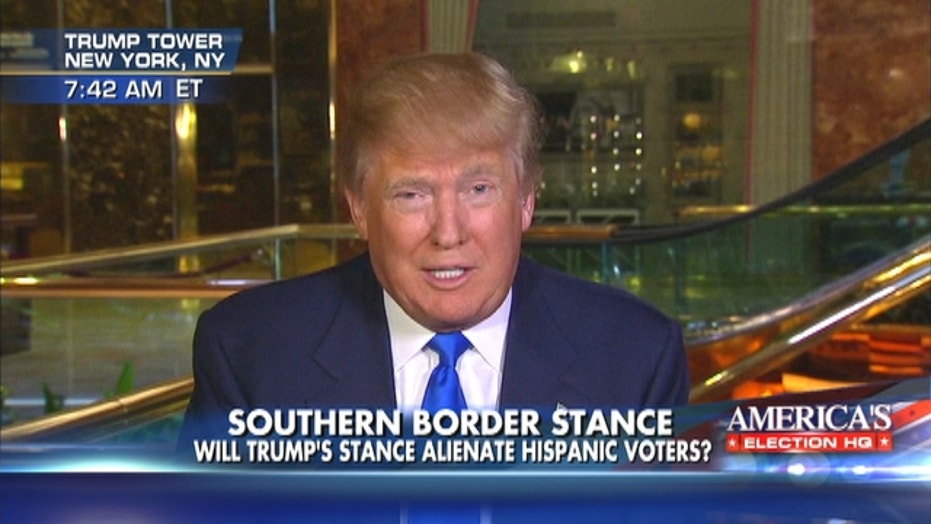 Donald Trump: Mexico is sending not their best and finest

Donald Trump has drawn the ire of the Mexican government and Mexican Americans for his controversial comments.

Donald Trump has drawn the ire of both the Mexican government and Mexican Americans in the U.S. for the controversial comments he made Tuesday during his presidential campaign announcement.

The real estate mogul said during his hour-long announcement speech that Mexico was not sending its brightest minds to the U.S., instead it was sending drugs, crime and rapists across the border illegally.

A day later, he did not back down from his comments.

The billionaire businessman, television personality and now Republican presidential candidate told Fox News Channel's "Fox and Friends" that "[w]hether it cost me votes or not, I don't care. I tell the truth."

Mexico's Interior Minister Miguel Angel Osorio Chong told reporters later on Tuesday that Trump's comments "seem prejudice and absurd" and that he was ignorant of the many positive contributions Mexican migrants make in the U.S.

""I think what (Trump) did is generate controversy, but not a plan," Osorio Chong said, according to Reuters.

While the mogul touched a number of controversial issues during his speech, the comments about Mexico and immigration have drawn widespread criticism not only from the Mexican government, but from Latino groups in the U.S. as well.

"Trump is a businessman, not politician. His campaign is an example of someone using politics to elevate his own image and make a profit, and it's no secret that Donald Trump will do almost anything to plaster his name somewhere and make a buck," Arturo Carmona, the executive director of the Latino-rights group Presente, said in an e-mail to Fox News Latino.

Trump's heated words seem to balk at the Republican Party's overall push this election cycle to win over Latino voters, after its dismal performance during the 2012 presidential race. Then-Republican presidential nominee Mitt Romney was only able to garner 27 percent of the Hispanic vote, compared President Obama pulling in 71 percent.

The crowded Republican race for 2016 has seen many presidential hopefuls making concerted efforts to appeal to the Latino electorate – particularly the two candidates from the Hispanic-stronghold of Florida, former Gov. Jeb Bush and Sen. Marco Rubio. Both candidates have peppered their speeches with Spanish, offered up their support for a path to legal status for undocumented immigrants and touted their work for Latinos while in office.

The welcome mat that the Republican Party is unfurling for Latino voters, however, is not one that Trump seems concerned about. He said during his speech that Mexico has "ripped this country off" he has also proposed building a wall between the two countries and then forcing the Mexican government to pay for it.