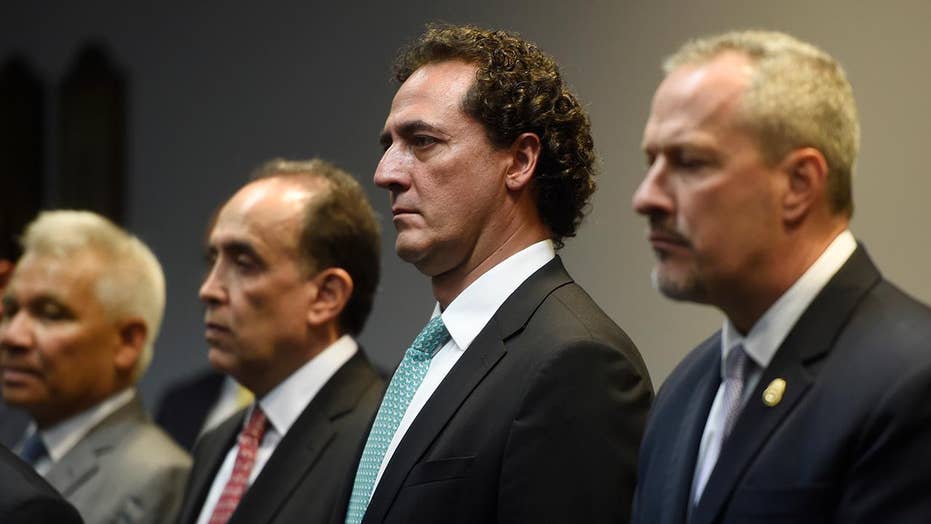 US and Mexico team up to fight massive drug cartels

The police force of the once-glittering Mexican resort town of Acapulco has been disarmed as authorities investigate claims that local cops have strong ties to warring drug cartels in the region.

The chief of Acapulco’s highway police was also detained after he was allegedly found carrying unlicensed weapons.

The state government said it took these steps “because of suspicion that the force had been infiltrated by criminal groups” and “the complete inaction of the municipal police in fighting the crime wave.”

On Tuesday, military and federal law enforcement forces took over control of security of the seaside city of 800,000 residents, El Universal reported.

More than 700 cops were stripped of their guns, radios and bullet-proof vests. They were then taken for background checks.

The U.S. Embassy in Mexico confirmed the operation, saying that “armed forces have disarmed the municipal police and have taken over law enforcement responsibilities for the municipality until further notice.”

The embassy then repeated its travel alert advising U.S. citizens not to travel in Guerrero state due to the armed groups that are active in the region.

Acapulco, once one of the country’s preeminent tourist hotspots famous as a favorite haunt among movies stars in the 1960s, has turned into one of Mexico’s most dangerous cities with dead bodies being hung from bridges and human heads being left in coolers outside city hall.

Mexico’s drug war, which began in earnest in 2006 when then-President Felipe Calderon declared an all-out military offensive on the country’s narcotraffickers, has left more than 200,000 dead.

In Acapulco alone, the homicide rate last year was 103 per 100,000 habitants – one of the highest in Mexico and the world. The situation is so dire that in May, clowns marched demanding an end to the city’s crime wave, saying they were losing business because residents no longer threw parties out of fear of becoming targets, the BBC reported.

Paramedics also told the BBC that they are struggling to deal with the amount of violence they see as part of their jobs.

Local police in several parts of Mexico have been disbanded because they were corrupted by drug cartels. In Guerrero alone, local police have been disarmed in more than a dozen towns and cities since 2014, though none as large as Acapulco.

In the northern state of Tamaulipas, one of the hardest hit by drug violence, almost all local police forces state-wide have been disbanded since 2011.

Local police in Mexico are easy prey for drug cartels, which offer them more money if they agree to obey gang leaders, or threaten to kill them if they don’t.