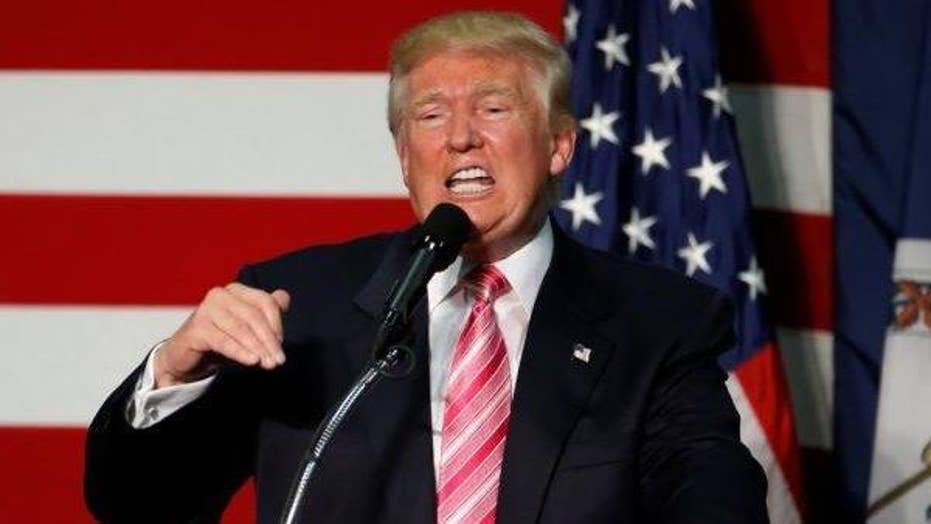 Why Trump thinks America is better off without the TPP

German Chancellor Angela Merkel said Wednesday that she wasn’t happy about the possible demise of the Trans-Pacific Partnership, which President-elect Donald Trump vowed to pull out of in his first day in office.

Merkel didn’t directly mention Trump in the speech to the German Parliament, but called for nations to take a multilateral approach to solving global issues.

Merkel said: "I will tell you honestly: I am not happy that the trans-Pacific agreement now will probably not become reality. I don't know who will benefit from that."

She added: "I know only one thing: there will be other trade agreements, and they won't have the standards that this agreement and the hoped-for TTIP agreement have."

Trump’s video message Monday came after President Obama and other leaders of the Asia-Pacific Economic Cooperation group called for fighting the backlash against trade highlighted by Trump’s victory and Britain’s vote to leave the European Union.

Trump had previously described the 12-nation pact as a “potential disaster for our country.” he has also said he wants to renegotiate the North American Free Trade Agreement with Canada and Mexico, something Canadian Prime Minister Justin Trudeau had said he would be willing to work with Trump on.

The TPP, signed this year in New Zealand, would take effect after it is ratified by six countries that account for 85 percent of the combined gross domestic product of its member nations.

The United States is 60 percent of the combined GDP of that group and Japan less than 20 percent, so those conditions cannot be met without U.S. participation.

As Japan's most powerful leader in a decade, Abe invested political capital in overcoming opposition to the TPP from farmers and the medical lobby. His ruling Liberal Democratic Party pushed TPP ratification through the lower house of parliament and had been set to seek final approval in the upper house.

Renegotiating the agreement would "disturb the fundamental balance of benefits," said Abe, who was in Argentina following APEC.

Obama has said he would give up seeking congressional approval for the TPP. He had championed it as a way for the United States to lead the creation of "gold standard" rules for 21st century trade.

"I think not moving forward would undermine our position across the region," Obama said last week at the APEC summit in Peru.