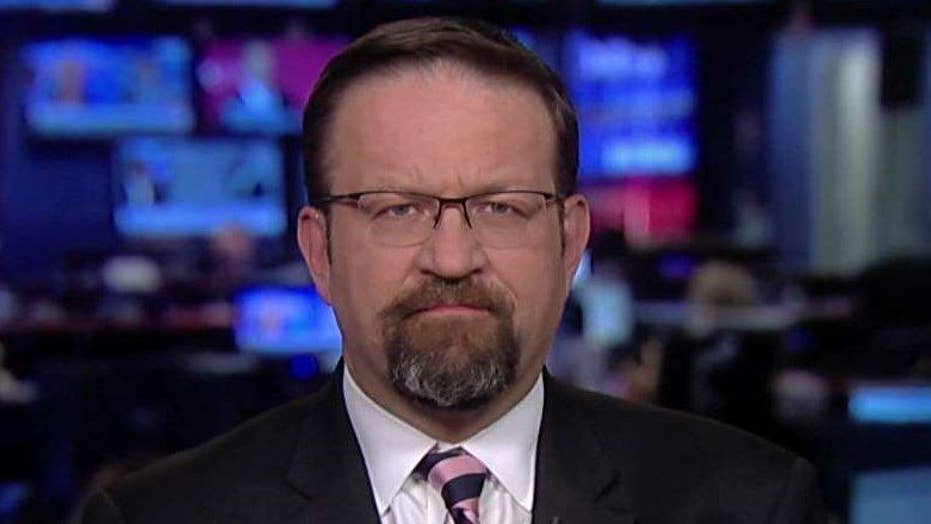 Dr. Gorka: London attack should be a surprise to nobody

Assistant to President Trump speaks out on 'Hannity'

Prime Minister Theresa May, who spent six years in charge of the U.K.’s interior ministry, is the more prepared to handle this terror crisis than any leader the country has ever seen, an expert on British political history told The Wall Street journal.

As home secretary, the paper reported that she was in charge of British police, border security and the domestic intelligence services MI5. During her tenure, some critics said she at times put security over personal liberty. She oversaw an increase in surveillance powers of the security service.

“She’s absolutely smart and strong on security,” Jonathan Russell, head of policy at Quilliam, a counter-extremism think tank in London, told the paper.

Five people, including a London police officer who was stabbed and the assailant, were killed in a terror attack that saw more 40 people injured outside the Parliament building on Wednesday. May described the attack as "sick and depraved.”

May was yards from the scene and was taken away in a silver Jaguar as gunfire erupted. Authorities said there was only one attacker who authorities believe was "inspired by international terrorism."

The threat level for international terrorism in the U.K. was already listed at severe, and will remain so, according to May. The attack comes just days before she is set to formally start Britain’s exit from the European Union.

May, reportedly spoke with France's Hollande and President Trump. She vowed to not allow “the voices of hate and evil to drive us apart." She said Parliament will meet again as normal on Thursday.