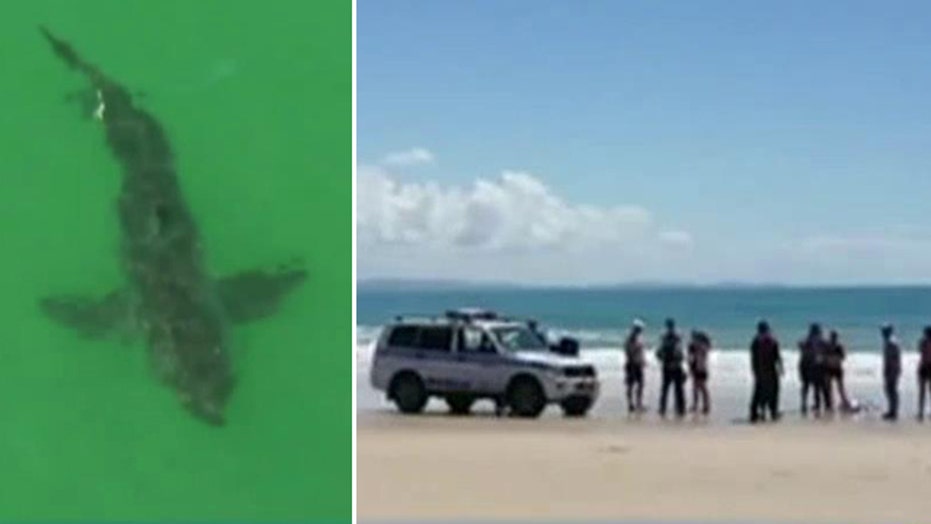 He received medical treatment on the beach but did not survive, Cullen said.

"A gentleman who was on the beach went out and located the gentleman and pulled him in," Cullen told reporters. "Absolutely it is (an extraordinary act of bravery) and we can only thank him for his efforts."

Hickey, a 52-year-old lawyer on vacation at Byron Bay, told Ten Network television news that he saw the shark and its bloodied victim and swam out to try to rescue the man as the shark attacked again.

"I went out there and, I don't know, I just thought I've got to get this guy in and that's what I tried to do," Hickey said.

He said the man had apparently bled to death in the water. Ten reported that the shark had bitten through the victim's wetsuit on his upper right thigh, tearing off much of his leg. The wounds were being examined to identify the size and species of the shark.

The victim was a local man in his 50s whose name has not been released. His wife was on the beach at the time of the attack.

Cullen said the crew of a rescue helicopter spotted what appeared to be a great white shark later but lost sight of it. She said all Byron Bay beaches would be closed for 24 hours due to the potential danger.

Byron Bay is a renowned surfing location near Cape Byron, the most easterly point of the Australian mainland, about 500 miles north of Sydney.

The last fatal shark attack in Australia was April 3, when a 63-year-old woman was taken by a 10-to-13-foot shark near the village of Tathra, 210 miles south of Sydney.

Although sharks are common off Australia's coasts, the country has averaged fewer than two fatal attacks per year in recent decades. But fatal attacks are becoming more common. Two men were killed off the east and west coasts in one week last November. They were the only fatalities in 2013.