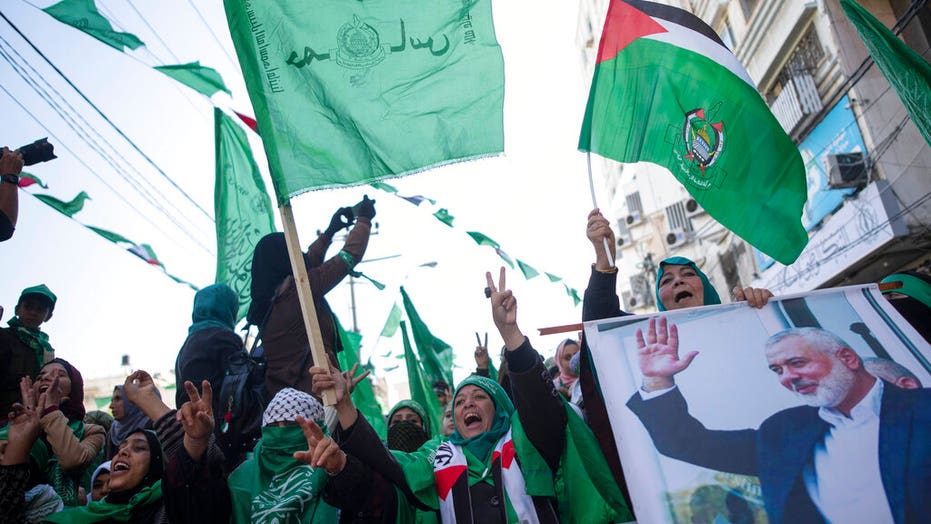 The U.S. Department of Justice is seeking to revoke the naturalized citizenship of a Michigan man for allegedly failing to disclose to immigration authorities his past material support to the terrorist organization Hamas, according to a federal lawsuit filed Tuesday.

Jordan native Abdul Jabbar Naji Shalabi, 39, was arrested in Israel in 2002 for concealing a bomb-making component on behalf Ahmad Abu-Taha, a known Hamas bomb-maker, the DOJ said in a statement.

Hamas, which controls the Gaza Strip, has been designated by the U.S. as a terrorist group.  (AP)

He pleaded guilty in an Israeli court in March 2003 to providing service to an unlawful association and was incarcerated.

Shalabi had immigrated to the U.S. in 1997 but studied at Bir Zeit University in the West Bank, according to the DOJ. Following his release from Israeli prison, Shalabi became a naturalized as a U.S. citizen in 2005, but he lied about his conviction, arrest, and imprisonment in Israel, the DOJ alleges.

The DOJ filed a lawsuit Tuesday in federal court in the Eastern District of Michigan seeking to revoke Shalabi’s U.S. citizenship.

“Any person who obtains American citizenship through lies is not entitled to the benefit of citizenship in our country, and this is especially true for people who support violent terrorist organizations such as Hamas,” said U.S. Attorney Matthew J. Schneider for the Eastern District of Michigan.

It wasn’t immediately clear if Shalabi had an attorney who could speak on his behalf. The case is being handled by the FBI and U.S. Immigration and Customs Enforcement.