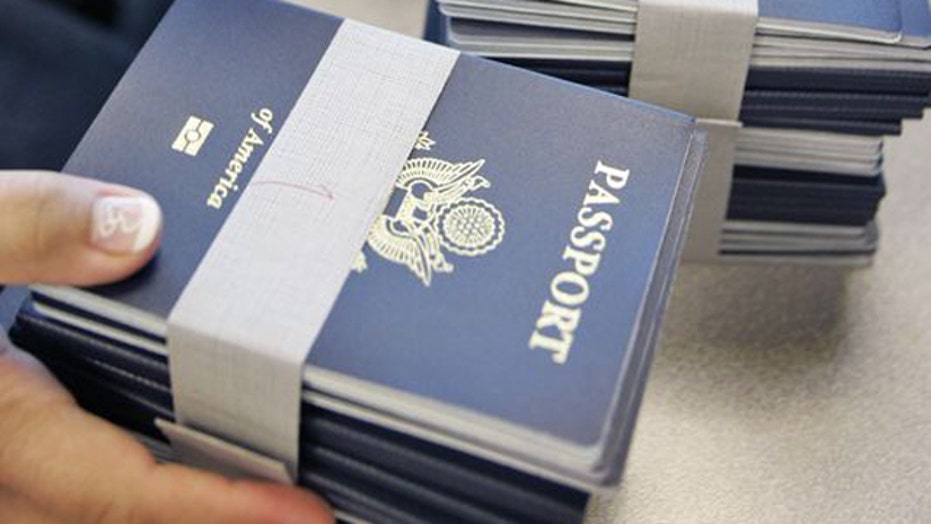 KUALA LUMPUR, Malaysia – When you travel, airport security agents may pat you down, inspect your deodorant and scan your body from head to toe. But there's a good chance that no one's checking whether you're using someone's lost or stolen passport.

A gaping, if little-known, loophole in international aviation security came into broader view Sunday when the international police agency Interpol said its computer systems had contained information on the theft of two passports that were used to board an ill-fated Malaysia Airways flight — but no national authorities had checked the database.

Largely unheeded, Interpol has long sounded the alarm that growing international travel has underpinned a new market for identity theft and bogus passports have lured many people: Illegal immigrants, terrorists, drug runners, pretty much anyone looking to travel unnoticed.

It's not known whether stolen passports had anything to do with Saturday's disappearance of the Boeing 777 bound from Kuala Lumpur, Malaysia, to Beijing with 239 people on board. But such oversights aren't new — and Interpol hopes national authorities will "learn from the tragedy."

More than 1 billion times last year, travelers boarded planes without their passports being checked against Interpol's database of 40 million stolen or lost travel documents, the Lyon-based police body said. Interpol Secretary General Ronald K. Noble said in a statement Sunday that it has long asked why countries would "wait for a tragedy to put prudent security measures in place at borders and boarding gates."

Officials cite recent instances of use of stolen travel documents: A war crimes suspect who tried to attend a conference in Congo, but was instead arrested; the killer of the Serbian prime minister crossed 27 borders on a missing passport before he was caught; Samantha Lewthwaite, the former wife of one of the suicide bombers in the 2005 attack on London's transit system, escaped capture when she produced a fraudulently obtained South African passport.

Sometimes, authorities are outmatched: Ticket-buying regulations and border control techniques vary from country to country, and an Interpol official says there's no one-size-fits-all explanation why some countries don't use its database systematically.

For the last decade, Interpol has stocked and shared information on stolen or lost passports in ways few international agencies can: it has 190 member countries. And air security is increasingly international work: the Malaysia flight had mostly Chinese and Malaysian passengers, but Americans, Australians, French, Indians Indonesians and Ukrainians too.

The Interpol stolen or lost travel documents database draws on information from 167 countries. It was searched more than 800 million times last year — but one in eight searches was conducted by the United Arab Emirates alone. The U.S. and Britain are other big users, and France and Switzerland routinely check it too, Interpol officials said.

"Now, we have a real case where the world is speculating whether the stolen passport holders were terrorists, while Interpol is asking why only a handful of countries worldwide are taking care to make sure that persons possessing stolen passports are not boarding international flights," Noble said Sunday of the Malaysia flight.

Speaking to reporters in Paris in October, Noble said some member countries cite a lack of police resources, privacy concerns, or political hostilities with other countries for their failure to check passports against the global data — though interest has grown: Border agents checked it 740 million times in 2012, producing 60,000 hits.

In November, in yet another talk on the subject, Noble said that four of every 10 international passengers are still not screened against the database. Some countries have woken up more to the threat. In 2006, U.S. authorities scanned the database about 2,000 times — but did so 78 million times just three years later.

The declared thefts of the two passports used — one of Austrian national Christian Kozel in 2012, and one of Luigi Maraldi of Italy last year — were entered into Interpol's database after they were stolen in Thailand, the police body said. Authorities are examining other suspicious passports and working to determine the true identities of those who used the stolen passports to board the Malaysia Airlines flight.

In Thailand, where immigration police last year caught a Thai man with 5,000 fake passports, officials say international cooperation helps, but passport forgers are now using advanced technology, and can evade capture with techniques like finding a lookalike to match the passport, or altering the passport photo.

"It must take great skills and expertise by our officers to detect the fake passports and visa stamps because the system cannot detect them the whole time," said Maj. Gen. Warawuth Thaweechaikarn, commander of the Immigration Police's investigative division.

Interpol wants to get airlines involved. It's preparing an initiative called "I-Checkit" that will let businesspeople in the travel, banking and hospitality industries screen documents against the lost documents database when customers book a flight, check into a hotel room or open a financial account. The project is still being worked out, an official said.

With untold millions of state-issued passports in use worldwide, citizens can help with vigilance.

Police Lt. Gen. Panya Maman told reporters that Maraldi, the 37-year-old Italian, had deposited his passport as a guarantee at a motorbike rental shop. But when he returned the bike, the shop said they'd already given his passport to some guy who looked like him. Maraldi then filed a missing passport report to local police in Phuket in July.

Speaking Sunday in Bangkok, Maraldi said he had no idea who made off with it.