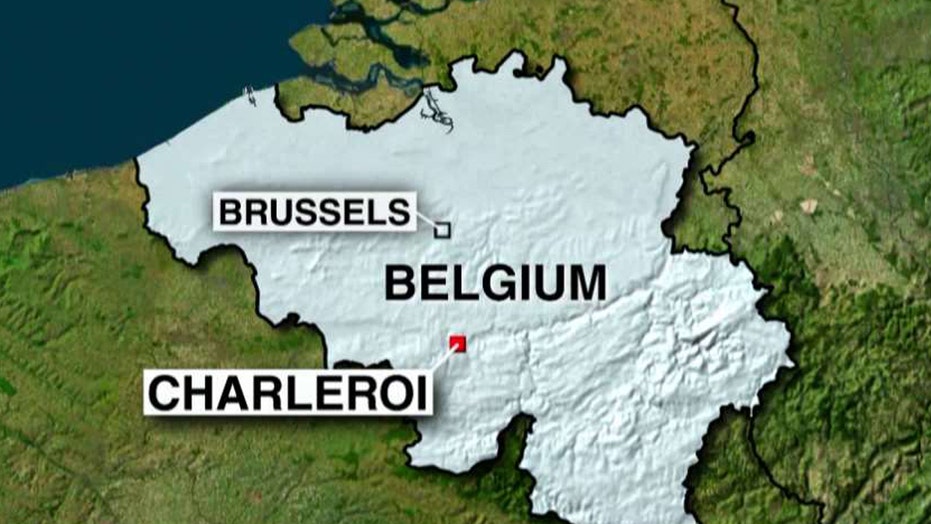 Suspect reportedly wounded in the incident

A machete attack that injured two female police officers in the Belgian city of Charleroi Saturday appears to be an act of terrorism, officials said.

The assailant, who reportedly shouted "Allahu Akhbar," the Arabic phrase meaning "God is great", was shot by a third officer and later died of his inuries.

Belgian Prime Minister Charles Michel said the attacker's identity and motive were not immediately known, but "first indications" suggested the attack was terror-related.

"Thoughts are with the victims, their relatives and police officers," Michel posted on Twitter. The prime minister broke off his vacation in the south of France and was returning to Belgium for an emergency meeting of the government's National Security Council on Sunday.

Sky News reported that one of the wounded officers suffered "moderate" injuries to her face, while the other was less seriously injured.

Michel told RTL television in an interview that he has also asked the independent OCAM agency to immediately assess whether there is an increased threat to Belgian internal security. Belgium has been on high alert in the wake of the March 22 suicide bombings claimed by the Islamic State extremist group that killed 32 people in Brussels.

Charleroi police spokesman David Quinaux said Saturday's attacker carried the weapon in a sports bag, and pulled it out as he arrived at a security checkpoint outside police headquarters in the southern Belgian city just before 4 p.m. (10 a.m. ET)

Belgian Interior Minister Jan Jambon said it wasn't immediately clear whether the assault, which he denounced as an "act of barbarism" was the deed of a single person or something more elaborate.

"We don't know if this is the action of a lone wolf," Jambon told RTL. He said he had no information he could provide immediately on the identity or motivation of the attacker.

Belgium has been at Level 3 on a four-point terrorism alert scale since the attacks in Paris on Nov. 13 that killed 130 victims. Many of the Paris attackers, who pledged allegiance to the Islamic State group, lived in Belgium.

Last weekend, a 33-year-old man identified only as Nourredine H. was arrested on charges of participating in a terrorist group and planning "terrorist murders" following searches in the city of Liege and the Mons region.

The attack Saturday took place near a wooden building that had been erected outside the Charleroi police station to provide an additional layer of security.

Paul Magnette, the city's mayor, said the checkpoint succeeded in preventing the machete-wielding man from reaching the building and causing more havoc. Magnette said that in the wake of the incident, Belgian authorities have begun discussing whether security for police facilities and officers should be reinforced further.

Steps were taken to better protect Belgian police installations after an ISIS-linked extremist plot was foiled in January 2014 in the eastern city of Verviers.

The Verviers plotters, two of whom were shot dead, had parts of police uniforms in their possession, and were believed to have been planning to attack a police station. But Jambon said Saturday that the increased security measures implemented after that incident have now lapsed.