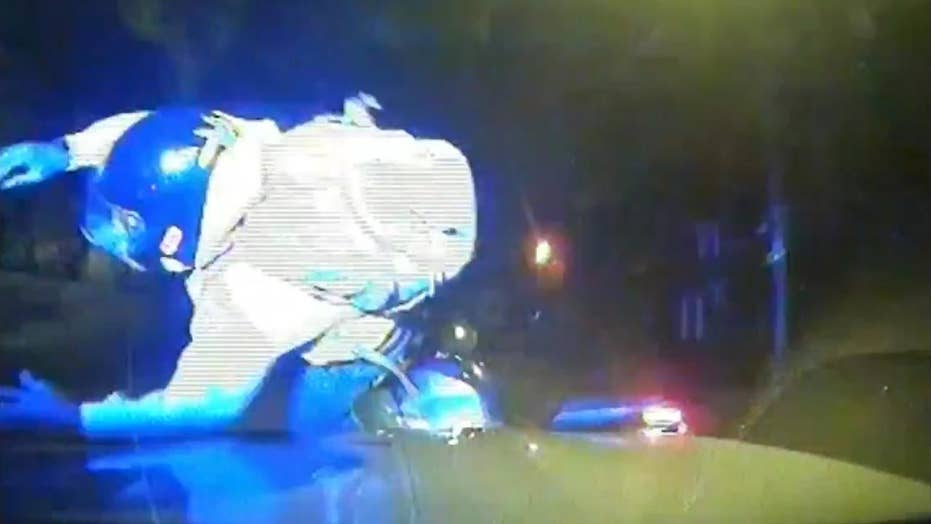 Raw video: U.K. Metropolitan Police release footage that shows tactics they use in pursuit of suspects on mopeds and scooters including knocking the riders off their bikes.

London police say their tough tactic of ramming violent “thieves” off their mopeds as they flee has helped bring down crime in the city.

Scotland Yard released a video Friday showing a team of specially trained drivers knocking suspects off their mopeds and motorcycles, saying offenders will be targeted “at every opportunity.”

“Offenders on mopeds and motorcycles who attempt to evade the police are making a choice that puts themselves and others at risk,” Commander Amanda Pearson said in a statement. “So our message is clear: we can, we will, and we do target those involved in moped and motorcycle crime at every opportunity.”

The video shows police pursuing several suspects across London, many times ramming into them and knocking them off their bikes.

According to Scotland Yard, moped and motorcycle-related crime went down 36 percent between January and October in comparison to the same time frame in 2017.

“Moped crime can happen at any time of the day or night,” authorities said. “Victims are often targeted as they come out of the (subway) stations or at transport hubs. Thieves also snatch handbags, high-value watches, and other items.”

Meanwhile, police across the United Kingdom are fighting rising numbers of knife-related crimes.

During the first six months of the year, police recorded 39,332 knife crime offenses -- a 12 percent increase over last year, according to the Office for National Statistics. Other violent crimes, including murder and robbery, also increased by double-digit percentages.