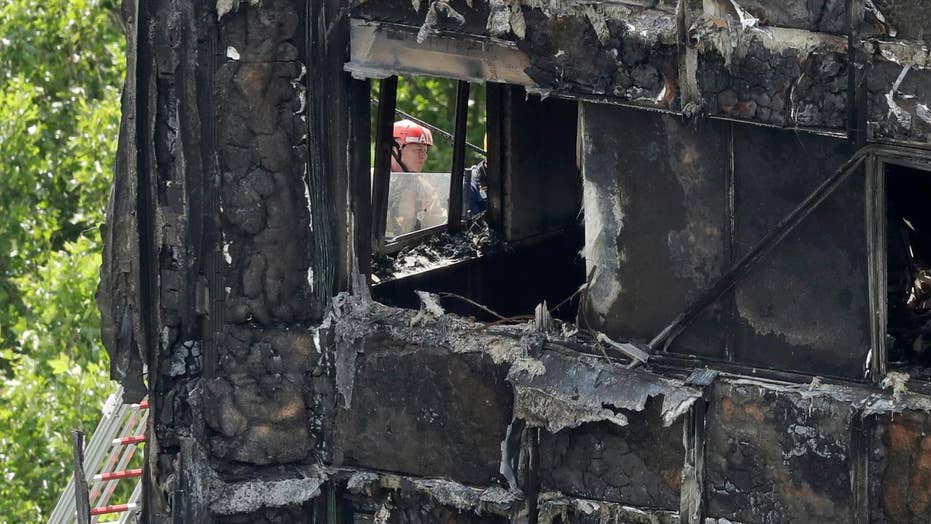 At least 30 people were killed and dozens of others remain missing in the London high-rise fire as authorities still grapple to figure out what caused the deadly blaze that left a scene of devastation.

The death toll jumped significantly on Friday and is expected to rise as firefighters continue to search the smoldering ruins of Grenfell Tower in West London. Some have speculated that the number of dead could exceed 100.

"From a personal perspective, I really hope it isn't," Metropolitan Police commander Stuart Cundy responded to the speculation.

"Tragically, now we are not expecting to find anyone else alive," Cotton told Sky News on Thursday. "The severity and the heat of the fire will mean that it will be an absolute miracle for anyone to be left alive."

About 70 people are missing after a list of verified reports were compiled, Britain Press Association reported. Authorities have not issued an exact figure at this time.Twenty-four people are being treated in the hospital, including 12 in critical care. British Prime Minister Theresa May paid a visit to the survivors after touring the devastation the day before.

May also ordered a full public investigation into the fire on Thursday to determine the exact cause of the fire, though there is no indication it was started deliberately at the origin of the fire at this time, authorities said. London Mayor Sadiq Khan called for an interim report on the fire to be published this summer.

More than 200 firefighters worked to put out the blaze, with the last pockets of flames extinguished 24 hours after the incident began, Cotton said. She praised her crews for their work, but added that many were left "traumatized" by the experience.

Some residents trapped in the building jumped to their deaths rather than face the flames that morning, and witnesses reported seeing small children thrown from the tower by their families in a desperate bid to save them.

LONDON TOWER FIRE: WHAT DO WE KNOW?

Families searching for their loved ones have blanketed the area near the tower with posters searching for answers, and sorrow is quickly turning to anger over whether recent building works were properly done. About 600 people lived in the 120-apartment building. Residents and victims have expressed outrage at May during her site visit.

Other national leaders embarked on tours of the site and meetings with the afflicted. Queen Elizabeth II and Prince William visited an aid distribution site and were meeting with volunteers. The monarch has expressed her sympathies to families of victims of the blaze. Opposition leader Jeremy Corbyn came to the site Thursday and met with residents.

More than 200 firefighters worked to contain the blaze on Wednesday, finally extinguishing pockets of flame 24 hours after the incident. (Associated Press)

Grenfell Tower is in the North Kensington neighborhood, a working-class, multi-ethnic area next to some of the richest neighborhoods in Britain. Some observers asked whether hazards in the Grenfell complex were ignored because its residents are mainly poor.

A tenant group had complained for years about the risk of a fire in the building, owned by the local government in the borough of Kensington and Chelsea.