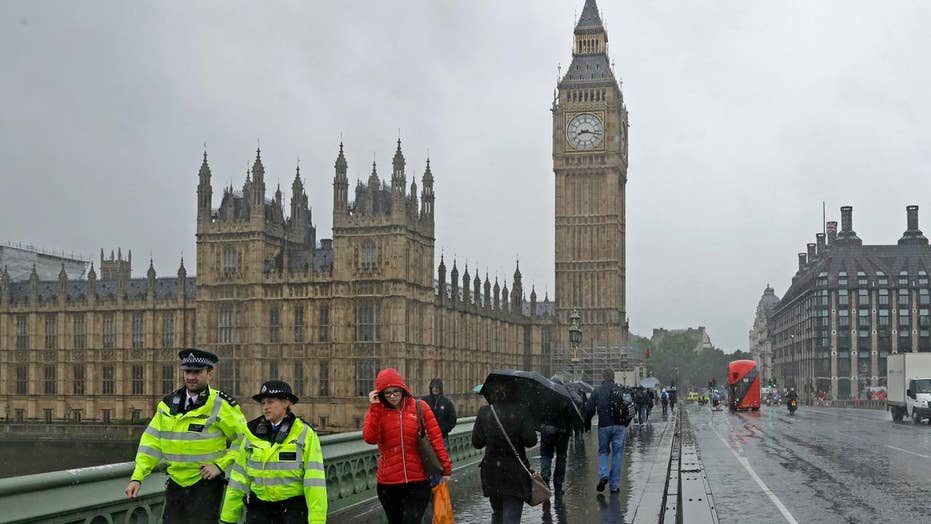 How was London terror suspect hiding in plain sight?

Family members of the London attackers are speaking out days after the three men carried out a deadly rampage at London Bridge and Borough Market over the weekend.

Charisse O'Leary, the former wife of Rachid Redouane, condemned the deadly attacks in a statement on Wednesday and said she did not support Redouane's beliefs.

"My thoughts and efforts now are with trying to bring up my daughter with the knowledge that someday I will have to try and explain to her why her father did what he did," O'Leary said.

O'Leary was married to Redouane, 30, and had a daughter together. She siad the two separated six months ago. Redouane is also known as Rachid Elkhdar.

Valeria Collina, the mother of 22-year-old Youssef Zaghba, also told reporters that her son was always hard on himself because he never measured up his expectation. But in the last year, she noticed Zaghba was different.

"When I went to England, he was a bit more rigid, but not so much. But from his face, from his look, I could tell there had been a radicalization, as they say. And this happened in England," Collina said.

Zaghba was an Italian national of Moroccan descent who was reportedly working in a London restaurant. Italian authorities said Zaghba had been stopped and questioned in Italy but had not been charged with any crime. Collina also said she told authorities at an Italian airport to detain her son on March 15, 2016, before he boarded a one-way flight to Turkey. Italian officials said suspicions about him had been shared with British authorities.

Collina, a Muslim convert herself, added that Zaghba thought he could find pure Islam" in Syria and looked to start a family, not to fight. The mother condemned her son's actions, calling them "horrible" and vowing to use her voice to educate young people about the true meaning of Islam.

Redouane, Zaghba and Khurum Butt, 27, charged a van into a crowd on the London Bridge before jumping out and slashing people with knives in Borough Market on Saturday. All three men were shot dead.

A 30-year-old man was also arrested in east London in connection to the attack, police said early Wednesday. Two people are now in custody on suspicion of violating the Terrorism Act. They have not been identified or charged. All others who had been arrested have been released without facing charges.

British Prime Minister Theresa May called for a tougher counter-terrorism laws in the country, even if it requires altering human rights protections, after two deadly terror incidents that have left dozens of people dead and wounded. Seven people were killed and 50 others were injured on Saturday.

Reaction to the rampage has dominated each of the UK candidate's campaigns before Thursday's general election. Opposition Labour Party leader Jeremy Corbyn and others criticized May for cutting police numbers by roughly 20,000 during her tenure as home secretary.