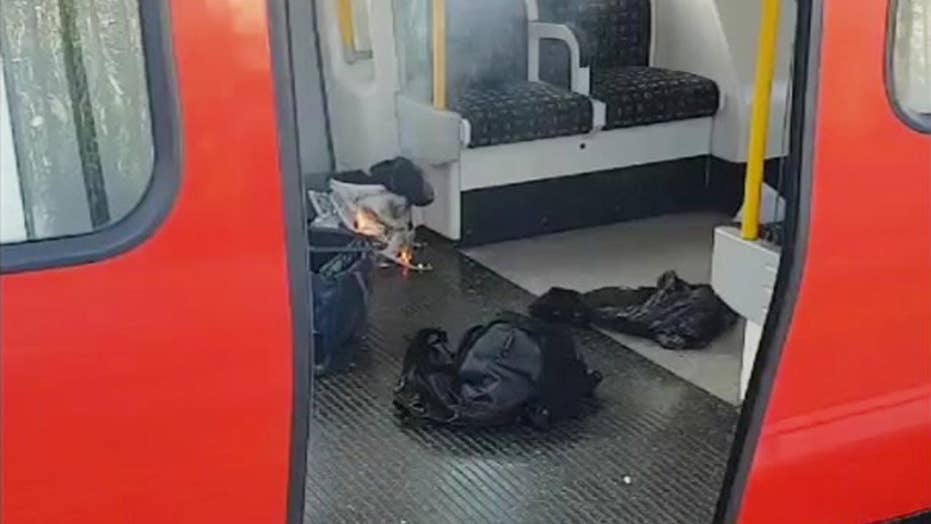 At least 22 people were injured Friday morning after a “terrorist incident” in a London subway station during rush hour.

A homemade bomb exploded on the crowded subway in what police said was a terrorist attack – Britain’s fifth this year. Most of the people injured had “flash burns,” police said.

No deaths have been reported.

Friday’s attack isn’t the first this year that occurred on a train. Read on for a look at other train attacks.

A bomb was detonated between Sennaya Square and Technology Institute, two busy stations in the center of the Russian city, killing 14 people -- including the suicide bomber -- and injuring dozens of others, according to Sky News.

Police said Akbardzhon Dzhalilov, 22, walked into the subway with a backpack that held the bomb on April 3. Dzhalilov was linked to radical Islamic terror groups by investigators.

A second device was found at another station nearby and deactivated, Sky News reported.

Several people were arrested for connection to terrorism following the attack.

The first ISIS attack in India injured 10 passengers on a train in the central state of Madhya Pradesh on March 7.

The blast occurred on the Bhopal-Ujjain passenger train at the Jabri railway station, the Times of India reported.

ISIS claimed credit for a series of bombs in Brussels that killed 32 people and injured more than 100. The bombs went off in the crowded airport and subway during rush hour in the Belgian capital on March 22.

Windows of the terminal at Brussels national airport are broken following bomb attacks in the metro and airport in 2016. (Reuters)

Two bombs went off in the Zaventem Airport and another was detonated at the metro station near the European Union headquarters and the mayor’s office.

The group had originally planned to attack Paris as well, officers said.

A bomb exploded April 11 in a packed metro station in Minsk during rush hour, killing 15 people.

The bomb was reportedly detonated by a remote control from its spot under a bench on the Oktyabrskaya metro station, one of Minsk’s busiest, the BBC reported.

The station is near many government buildings.

Two young men were put to death in 2012 after being convicted of carrying out the attack. The European Union and human rights groups opposed the execution as they said the trial was flawed and the men were framed, according to The Guardian.

The Lubyanka station is next to the Federal Security Services headquarters – the organization that succeeded the KGB.

A high-speed train derailed after a bomb exploded on Nov. 27, killing 27 people and injuring 130.

Rescuers work at the site of a train that derailed northwest of Moscow after a bomb exploded. (Reuters)

The Nevsky Express train was traveling from Moscow to St. Petersburg. It derailed about 250 miles northwest of Moscow near the town of Bologoye.

A Russian court jailed 10 people – four for life – in May 2012 for their involvement in the blast, according to the BBC.

Four suicide bombers killed 52 people and injured hundreds more on July 7 when they detonated explosives in four different transportation locations. Three were detonated in underground train stations and one on a double decker bus.

Debris is seen around the destroyed double decker bus after it was struck by a bomb in London in 2005. (Reuters)

The bus attack happened about an hour after the train bombings, killing 13 when the bomb went off in Tavistock Square, in front of the headquarters of the British Medical Association.

Officials inspect the wreckage of a train. Nearly 200 people were killed when 10 bombs went off on trains in Madrid in 2004. (Reuters)

Several people blamed the attack on Spain’s involvement in the Iraq War, including the former head of Al Qaeda in Spain.