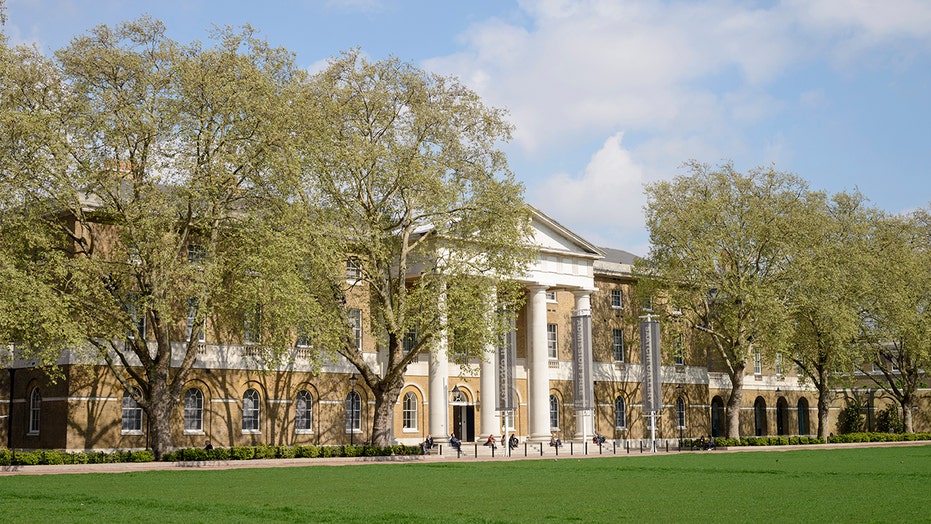 A high-end art gallery in London covered up two paintings after Muslims complained they were "blasphemous."

One of the paintings, done by an artist who goes by the name SKU, was part of an exhibition called "Rainbow Scenes" and was meant to show the contrast of America and Islamic extremists. It featured the text of the "shahada," one of the five pillars of Islam, in Arabic script with nude women and stars of David in the form of the American flag, The Sunday Times reported.

The Saatchi Gallery in west London initially rejected calls for censoring the art. But SKU, a pseudonym for "stock keeping unit," who doesn't have a social media or public presence, suggested a compromise to keep them up and cover them with sheets. The paintings were recently covered.

“It seemed a respectful solution that enables a debate about freedom of expression versus the perceived right not to be offended,” he said in a statement to the Sunday Times last week.

The gallery told the newspaper it "fully supported" freedom of artistic expression but recognized the "sincerity of the complaints made against these works and supported the artist's decision to cover them until the end of the exhibition" in early May.

"The overriding theme of the exhibition is how we, as individuals, are subjected to wider cultural, economic, moral and political forces in society," according to the website.

Dr. Jordan Peterson, a psychology professor in Canada, called it "another step backward for freedom of expression."

Tarek Fatah, a Middle East Forum fellow, criticized the gallery for putting a "Burka" on the artwork critical of Islam.

"What a shame," Fatah wrote. "How far will the West bend to appease Islamists simply to avoid the label of 'Islamophobe' hurled at them by jihadis."

Usama Hasan, head of Islamic studies at the think tank Quilliam, said the paintings were not only offensive but blasphemous and sacrilegious, but later stated the group thinks the gallery should not have covered the images but supports their right to do so.