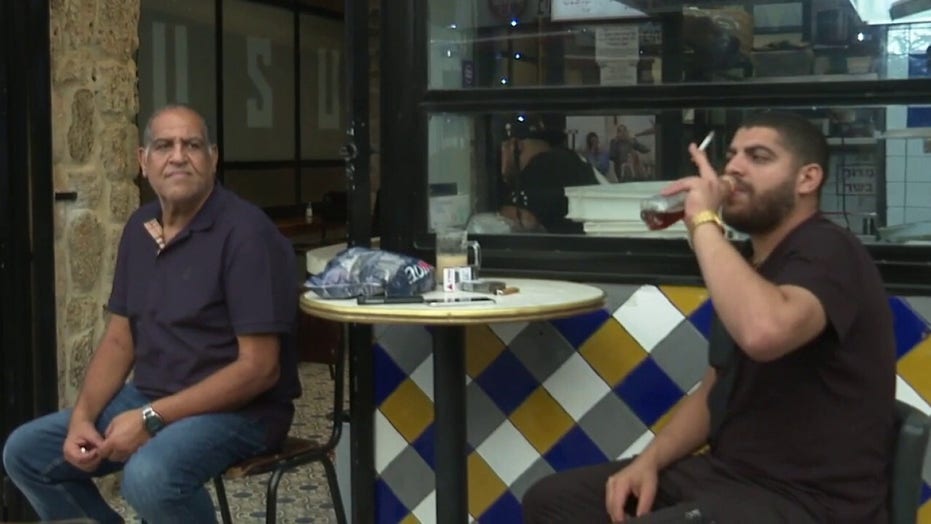 After 11 days of airstrikes and rockets involving Israel and the Hamas terrorist group in Gaza, the two sides overnight agreed to a cease-fire; Greg Palkot reports from Jaffa in Tel Aviv.

Israeli Prime Minister Benjamin Netanyahu is warning Hamas on Friday that his military will respond with a "new level of force" if the terrorist group decides to start firing rockets into Israel again.

Netanyahu made the comment hours after a cease-fire between the two sides went into effect, ending an 11-day conflict that left at least 243 Palestinians and a dozen Israelis dead, according to The Associated Press.

"If Hamas thinks we will tolerate a drizzle of rockets, it is wrong," the Israeli leader said, adding that his military would strike back with "a new level of force against any expression of aggression against communities around Gaza and any other part of Israel."

Thousands reportedly took to the streets in Gaza early Friday morning to celebrate the cease-fire, which went into effect around 2 a.m. local time (7 p.m. ET Thursday).

Young men waved Palestinian and Hamas flags while honking horns and setting off fireworks, as other celebrations erupted in east Jerusalem and the West Bank, The Associated Press reports.