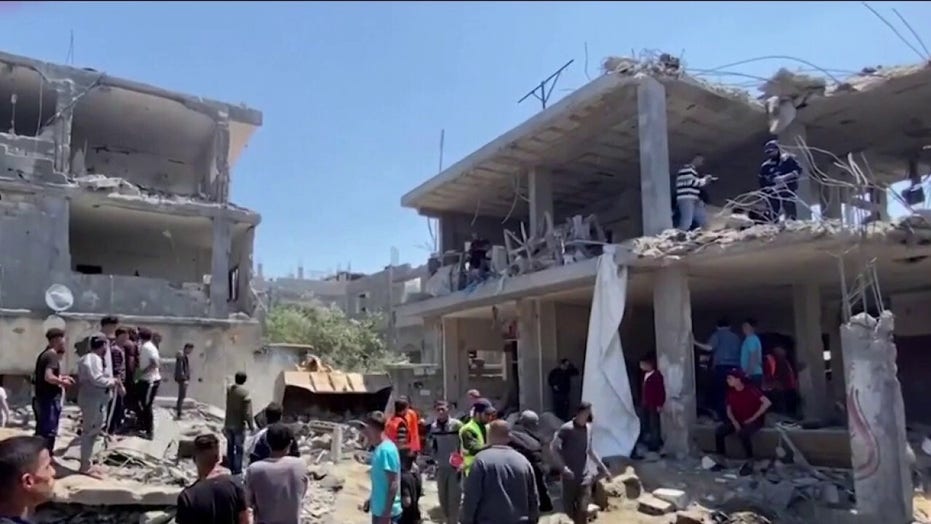 President Biden spoke with leaders of both Israel and the Palestinian authority on Saturday, as Israel continued to respond to rocket attacks from Hamas by striking key targets – including a high-rise media building that the U.S. ally said was being used by Hamas.

"The President reaffirmed his strong support for Israel’s right to defend itself against rocket attacks from Hamas and other terrorist groups in Gaza," the White House readout of the call with Netanyahu said. "He condemned these indiscriminate attacks against towns and cities across Israel."

Meanwhile Biden "updated President Abbas on U.S. diplomatic engagement on the ongoing conflict and stressed the need for Hamas to cease firing rockets into Israel."

At least 10 Palestinians were reportedly killed in an air raid in Gaza early Saturday as the days-long violence intensified. Israel also took out the high rise building in Gaza City that housed media outlets including Al-Jazeera and the Associated Press after the military ordered it to be evacuated.

The Israel Defense Force said that it was being used by Hamas, who were using media outlets as a shield. The building was evacuated before it was struck.