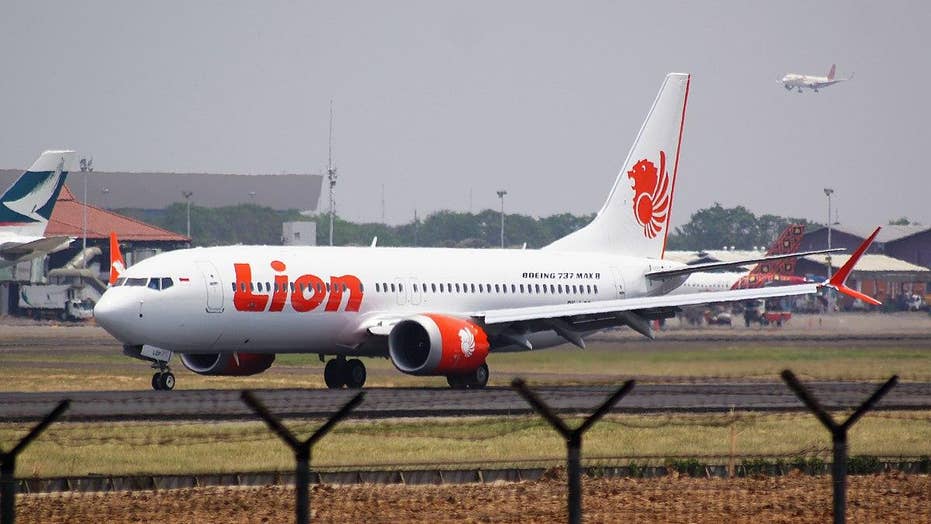 What caused Lion Air Flight 610 to drop out of the sky? The two-month-old Boeing 737 MAX 8 crashed into the Java Sea 13 minutes after takeoff from Jakarta, quickly experiencing erratic speed and altitude levels. The maker of the plane, Boeing, is now facing scrutiny that it might not have told pilots about safety warnings.

The “black box” cockpit voice recorder from the Lion Air jet that nosedived into the Java Sea killing some 198 people in October was discovered by Indonesian Navy divers, officials revealed Monday.

The bright orange device was transported to a port in Jakarta, where it was handed over to the National Transportation Safety Committee, which is overseeing the accident investigation.

Mystery surrounds the crash of the Boeing 737 MAX 8 flight that plunged into the Java Sea minutes after taking off from Jakarta on Oct. 29. Everyone on board was killed.

The pilot had asked air traffic control for permission to turn back to the airport but lost contact soon after the request. The aircraft broke into many pieces when it hit the water at a high speed.

Indonesian Navy Commander Rear Admiral Yudo Margin shows the recovered cockpit voice recorder of Lion Air flight 610 that crashed into the sea in October during a press conference on board of the navy ship KRI Spica in the waters off Tanjung Karawang, Indonesia, Monday, Jan. 14, 2019. Navy divers have recovered the cockpit voice recorder in a possible boost to the accident investigation. (AP Photo/Achmad Ibrahim)

Lion Air initially claimed that problems with the aircraft had been fixed before its final flight.

Data from a preliminary investigation report, which didn't state any conclusions, showed the plane's nose pointed down 26 times on its fatal 11-minute flight despite repeated efforts by the pilots to manually aim the nose higher.

According to the BBC, the voice recorder was found “broken into two pieces.”

If the voice recorder's contents end up being undamaged, it could provide valuable additional information to investigators.

The transport committee's chairman, Soerjanto Tjahjono, said the device will be taken to the investigators' "black box" facility. It will take three to five days to dry and clean the device and to download its data, he said.

"To analyze it, we need more time, depending on the complexity of the problem. Data obtained from CVR is expected to complete our investigation data," Tjahjono said.

Relatives of passengers of a crashed Lion Air jet check personal belongings retrieved from the waters where the airplane is believed to have crashed, at Tanjung Priok Port in Jakarta, Indonesia. (AP Photo/Tatan Syuflana, File)

Ridwan Djamaluddin, a deputy maritime minister, told reporters that remains of some of the 189 people who died in the crash were also discovered at the seabed location.

The family of one of the pilots has sued Boeing Co. in Chicago, alleging that aircraft sensors provided inaccurate information, causing the plane to nosedive, and accusing Boeing of failing to provide proper training to pilots about the 737 MAX 8's features.

The Lion Air crash was the worst airline disaster in Indonesia since 1997, when 234 people died on a Garuda flight near Medan. In December 2014, an AirAsia flight from Surabaya to Singapore plunged into the sea, killing all 162 people on board.

Lion Air is one of Indonesia's youngest airlines but has grown rapidly, flying to dozens of domestic and international destinations. It has been expanding aggressively in Southeast Asia, a fast-growing region of more than 600 million people.