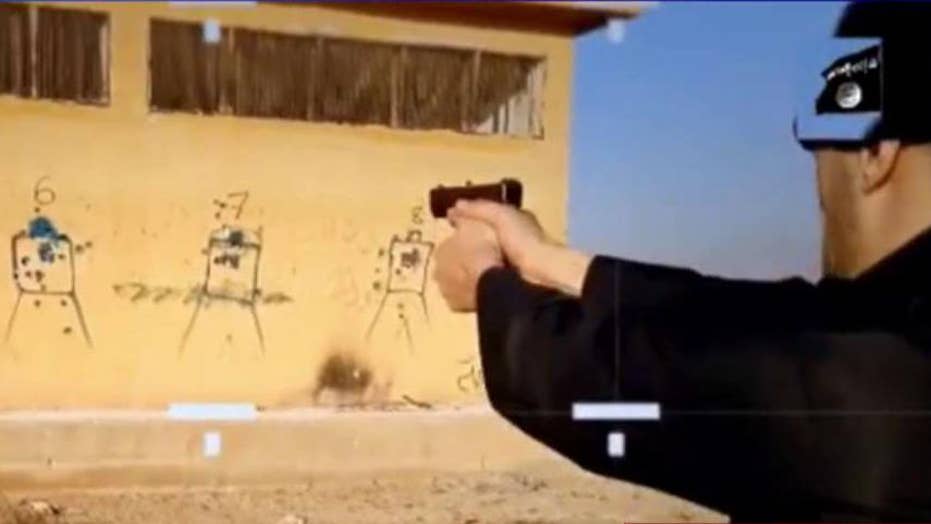 A new video posted online Thursday by ISIS features news clips of the aftermath of the Brussels terror attacks, Donald Trump lamenting the current state of the Belgian capital and a song urging more fanatics to "rise up" and commit "jihad."

"Brussels was one of the great cities, one of the most beautiful cities of the world 20 years ago; it was amazing years ago, it was safe and now it's an absolute horror show," Trump is heard saying in a phone interview that aired on Fox News Channel.

"This is part of ISIS's efforts to package itself attractively to draw young Western recruits."

As scenes of the devastation caused by suicide bombers at Zaventem Airport and a Brussels Metro station roll across the screen, a jihadist chants "Brothers rise up! Claim your victory!"

"As is generally true with ISIS propaganda, whether from an official ISIS media wing or an unofficial platform, this video too is slickly produced," MEMRI Executive Director Steve Stalinsky said. "This is part of ISIS' efforts to package itself attractively to draw young Western recruits."

The video, which is in Arabic and has English subtitles, warns that attacks will continue as long as Muslims are targeted by airstrikes in Syria and in Iraq. It also condemns Muslims living in the West who do not support ISIS.

Footage from last year's solidarity march of world leaders in the wake of the Charlie Hebdo attacks is followed by illustrations of past Muslim battles, in what MEMRI experts said appeared to be an attempt to show historical precedent in Islam for "attacking the lands of the disbelievers."