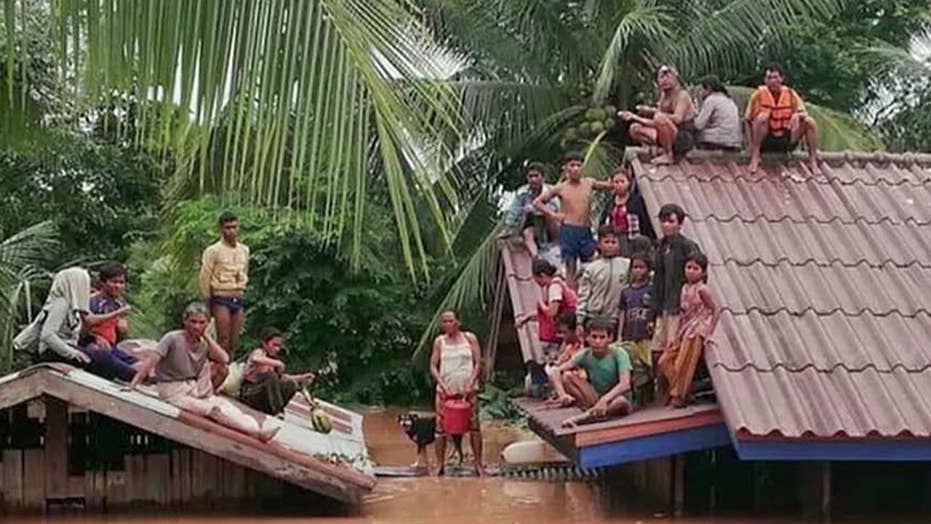 Several people were dead and hundreds were missing Tuesday after a hydroelectric dam collapsed in southeastern Laos, state media reported.

Video posted on the ABC Laos news Facebook page showed villages watching the water from the side of a river bank.

It’s unclear how many people died in the dam collapse.

The dam was constructed by a joint venture led by South Korean companies, with Thai and Lao partners. The structure was scheduled to open in 2019, according to Sky News. Its plan was to export 90 percent of the electricity generated to Thailand, while the rest was set to power the local grid.

Prime Minister Thongloun Sisoulith “suspended the planned monthly meeting of the government for August and led his Cabinet members and other senior officials to Sanamxay to monitor rescue and relief efforts being made for flood victims,” according to state media.

The dam project cost about $1.02 billion