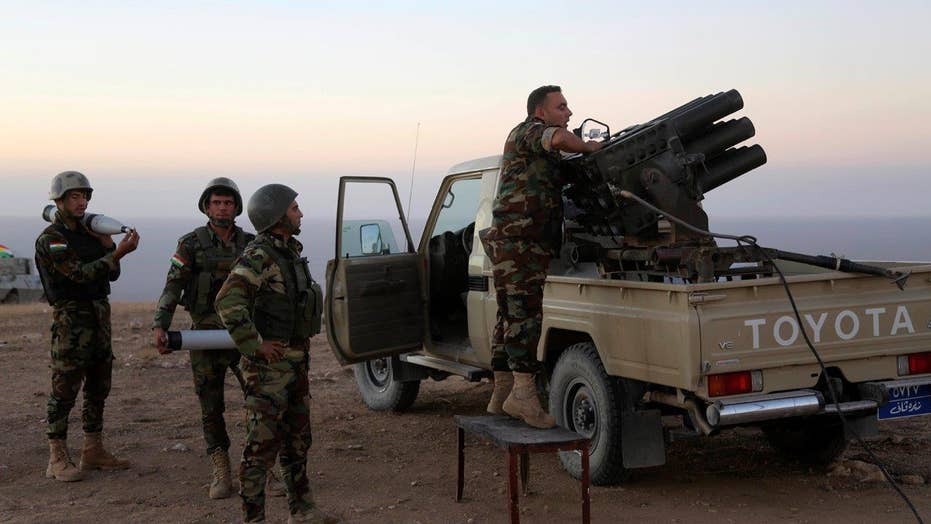 Iraqi forces launch battle for Mosul with US assistance

The commander of U.S. military forces says it could take weeks or longer to reclaim the city from ISIS; Kevin Corke has the story for 'Special Report'

KHAZER, Iraq – Iraq's Kurdish forces say they are pausing in their advance on Mosul after capturing a handful of villages to the east from the Islamic State group as the Iraqi army presses ahead with the next stage of the operation to retake the IS-held city.

Col. Khathar Sheikhan of the Kurdish forces, known as peshmerga, says his troops achieved their objectives and "are just holding our positions" in the Khazer area on Tuesday.

The pause comes after a day of intense fighting involving airstrikes, heavy artillery and IS car bombs.

The battle for Mosul, Iraq's second largest city and the IS group's last urban bastion, started on Monday. It's expected to take weeks or even months.

The front line east of Mosul is some 20 miles from the city.