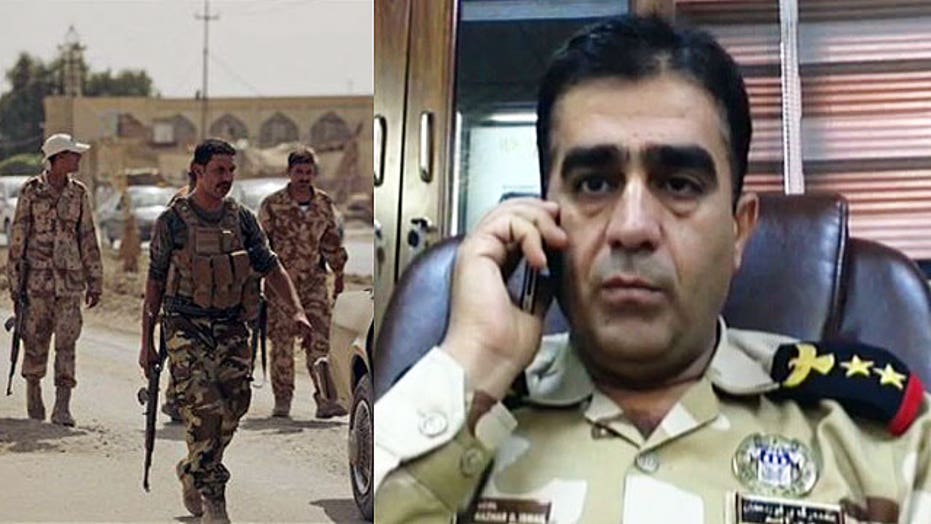 As Kurdish Peshmerga troops and Iraqi security forces regain control of the Mosul Dam from Islamic State terrorists Monday, Fox News’ Lisa Daftari spoke to a Kurdish Defense Guard official who is pleading for the West to send more weapons.

Since June, terrorists from Islamic State (IS), formerly known as ISIS, are seen to have an upper-hand since capturing significant amounts of arms and equipment that were abandoned by Iraqi forces.

Colonel Hazhar Ismail, who serves in the Kurdistan Regional Government’s Ministry of Peshmerga, told FoxNews.com his forces are asking the U.S. and its allies to increase its support.

“They [the U.S.] are trying to help us more and more … but to help us more especially with heavy machine guns and artillery to help attack and clean the area of ISIS." He added his forces also are requesting antitank missiles and more armored vehicles.

“Now we have a joint operation with liaisons from both sides” communicating with Baghdad and Kurdish headquarters, said Ismail. He hopes this will give them increased momentum.

Ismail is hoping after his forces secure the Mosul Dam, they can continue to drive the terrorists out of the region. “But for now, our priority is to help those [religious minorities] threatened by ISIS…then clear the area around Mosul and Zumar along with nearby towns.”

“They are threatening us today, but tomorrow they are going to threaten the region and [possibly] even Europe and U.S. interests in the region,” said Ismail.