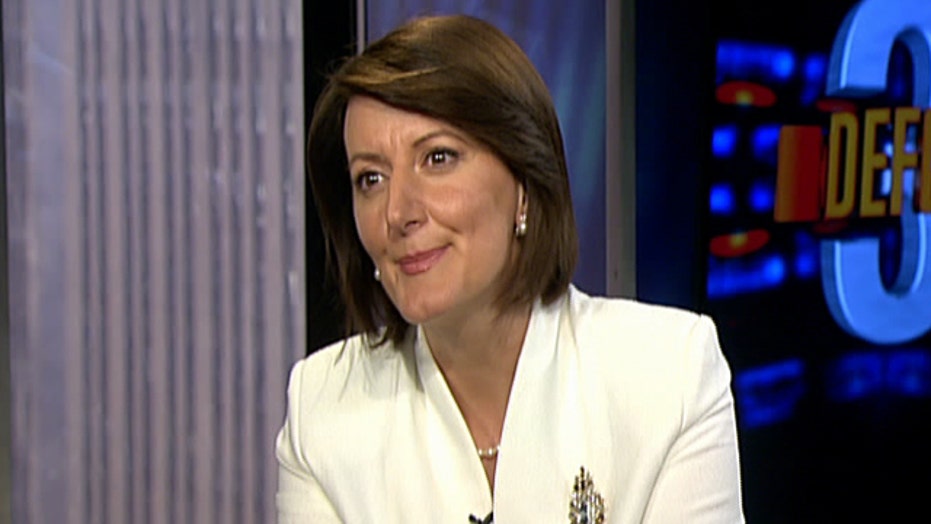 The possibility of ISIS terrorists from Europe returning home after training and fighting with the terror group in Syria is raising concern among European leaders.

Atifete Jahjaga, president of the Republic of Kosovo, told FoxNews.com her country is closely monitoring the possibility of ISIS sympathizers basing themselves in the region.

“Unfortunately, Kosovo, like other European countries and others around the world, can’t be immune to this global threat that the foreign fighters are imposing,” said Jahjaga. “We are taking this threat very seriously and our security mechanisms are working around the clock to address this challenge.”

Kosovo police announced last week the arrest of 15 people suspected of supporting Islamic extremists in Iraq and Syria. The suspects are believed to be directly supporting the terrorists or trying to inspire Kosovars to join the movement.

These recent developments are causing Jahjaga’s government to push for an increase in the penalties for associating with terror groups like ISIS.

“At the moment we are in the process of adopting a law which will increase imprisonment for up to 15 years for people affiliated with this type of activities,” said Jahjaga. She hopes these actions will prevent Kosovo from becoming a safe haven for extremists.

World leaders, including Jahjaga, say the global community must act now before the situation gets out of hand.

“The threat which has been exposed by these groups and individuals toward democratic countries and our societies goes beyond Syria and Iraq.”

Kosovo’s geographic location -- halfway between ISIS operations in the Middle East and Western Europe -- has raised some concerns.

“This could be a potential risk as a corridor and what we are doing now in [Kosovo] … will be used as a good example also by other neighboring Balkan and southeastern European [countries],” said Jahjaga. “We are putting the ‘steel doors’ in the region to show that these kinds of threats should not be used as a corridor moving toward the East or West.”

Chris Snyder is a producer for Fox News based in New York. Follow him on twitter: @ChrisSnyderFox.
ADVERTISEMENT