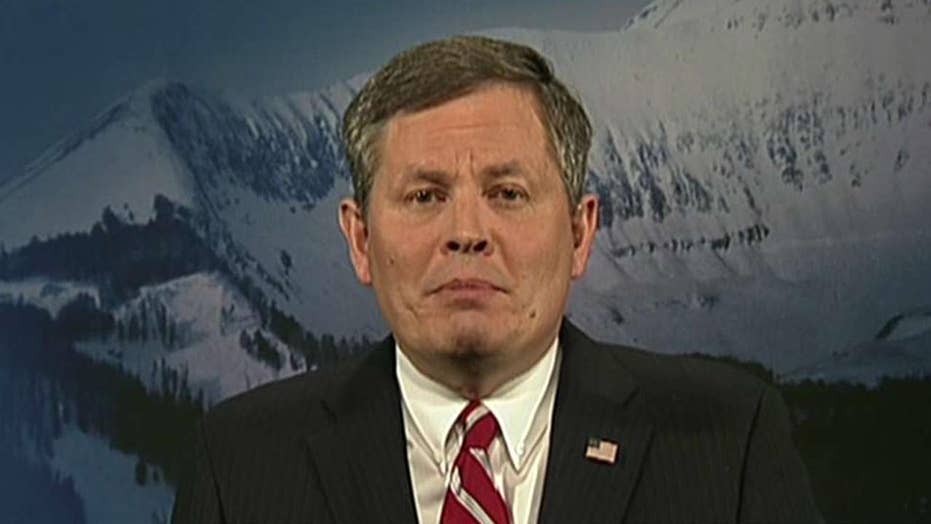 Daines: The world is closer to seeing a nuclear North Korea

On 'ANHQ,' lawmaker gives his take on the tensions with the regime

Described by some news outlets as a “rash young leader” and a “boy despot,” Kim Jong Un’s unpredictable behavior has the world on edge.

As supreme leader of the Democratic People’s Republic of Korea or more commonly, North Korea, Kim is blazing a trail unlike that of his father. He is accused of orchestrating the death of his half-brother Kim Jong Nam, ordering the deaths of five senior security officials and executing more than 300 people within five years.

Kim was publicly unveiled as his father's successor in September 2010. He was given the rank of four-star general in the Korea People's Army, and following Kim Jong Il's death in December 2011, the regime began to take actions to transfer power to the younger Kim.

Here is a look at Kim’s background and history of provoking the west:

Childhood: Little is known about Kim’s early years, but he attended an English language international school in Switzerland under a fake name. Ex-classmates say he was a fan of Michael Jordan, Jackie Chan and Jean-Claude Van Damme.

Early 2009: Rumors start circulating that he will be his father’s successor

April 2009: Kim is given a post on the powerful National Defense Commission (NDC), a branch of the military.

June 2009: Kim is named head of the State Security Department, the government agency responsible for political control and counterintelligence.

September 2010: Kim is promoted to four-star general and named vice chairman of the Central Military Commission as well as to the Central Committee of the Workers' Party of Korea.

Dec. 31, 2011: Kim assumes command of the North Korean army. State-run Korean Central News Agency reports that the power was transferred to him on Oct. 8 at the behest of his father.

April 2012: Kim’s status as supreme leader is validated by the acquisition of several official titles: first secretary of the KWP, chairman of the Central Military Commission, and chairman of the NDC, which was then the country’s highest bureaucratic authority. North Korea also reported a failed Unha-3 rocket launch in April 2012.

February 2013: Kim conducts his first nuclear test as leader, an the third ever by the nation. The test was far larger than earlier experiments, with experts estimating that the bomb was between six and seven kilotons. The test coincided with South Korea's national elections and Obama's State of the Union address.

Feb. 28, 2013: Kim meets former NBA star Dennis Rodman for the first time. Rodman was travelling to North Korea to host basketball exhibitions. The two would meet multiple times later in what was to become a bizarre bromance.

August 2013: North Korea is reported to have restarted nuclear reactor to produce plutonium.

January 2016: North Korea claims to have conducted a fourth nuclear test, far underground. On state TV, Kim said the explosion came from a miniaturized hydrogen bomb and called it a “spectacular success.”

June 2016: Congress of the Supreme People’s Assembly revised the constitution to broaden and solidify Kim’s position. The revisions created a new organization, the State Affairs Commission, with Kim as its head. The new commission replaced the NDC as North Korea’s most powerful governing agency.

February 2016: North Korea launches a long-range rocket that it says successfully put a satellite into orbit