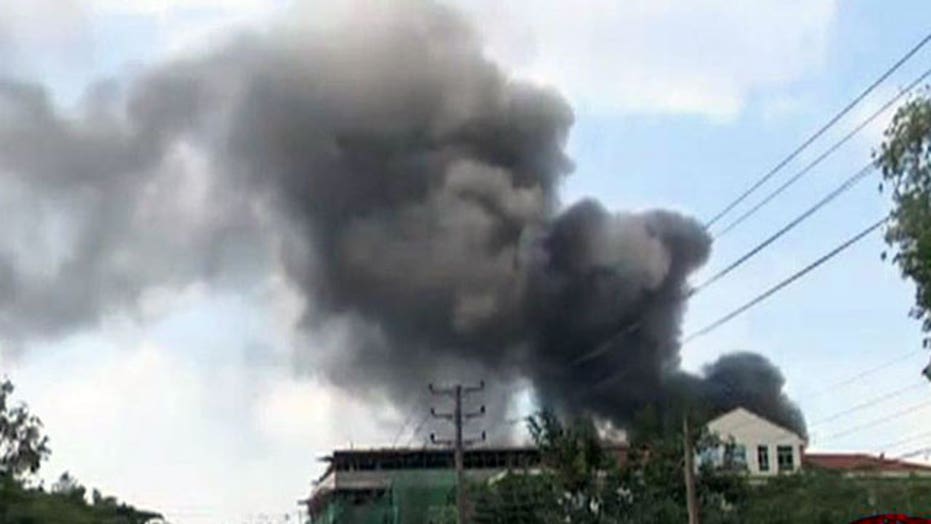 The grisly massacre at an upscale Kenyan shopping mall by al-Shabab militants is a “great shot in the arm” to the Al Qaeda-linked group’s efforts to recruit fighters from the West, including the U.S., terror experts tell FoxNews.com.

At least 62 people have been killed and nearly 200 others were injured in the Saturday attack by al-Shabab, an extremist Islamic group believed to have roughly several thousand fighters, including a few hundred foreigners. Some of those include recruits from Somali communities in the United States and Europe and intelligence analysts said Monday those numbers could grow now that al-Shabab militants have attacked, running counter to the Obama administration’s claims that Al Qaeda and its global affiliates are weakening.

“Clearly the attack in Nairobi and the target was selected for its propaganda value,” said Mark Schroeder, vice president of Africa analysis at Stratfor, a geopolitical intelligence firm. “Al-Shabab has really not been successful attacking hardened sites in Somalia, so it clearly shifted its method by attacking this preeminent shopping mall in Nairobi. It will be a great shot in the propaganda arm to show that al-Shabab is a vibrant militant group.”

By selecting and ultimately carrying out an attack on a soft target such as a shopping mall frequented by Westerners and affluent locals, al-Shabab — which means “The Youth” in Arabic — sent a clear message to would-be jihadists, Schroeder said.

“We’re still credible and we’re alive,” he said. “So come join us. That’s going to be the message.”

Of the group’s fighters, only a “few dozen” are believed to be Americans, but that figure could grow following the guerrilla-style attack several years after al-Shabab warned it would target Kenya in retaliation for the country’s role in sending troops to Somali in 2011.

“What they do is identify and cultivate religious leaders in the Somali communities, the imams of the mosques, and, through covert means, use those imams to identify vulnerable Somali youth who can travel back to Somalia and participate as fighters or smuggle back material support,” Schroeder said of al-Shabab’s effort to recruit Americans.

While Minnesota — home to the largest Somali population in the U.S. — remains the primary potential domestic breeding ground, other pockets exist in Iowa and Arizona, Schroeder said.

“They struggle in school, they can’t rise and succeed,” he said of potential American-born recruits, adding that they’re likely disenfranchised with the American way of life and subject to emotional manipulation.

Omar Hammami, an Alabama native who became one of Somalia’s most visible Islamic rebels, was killed this month after weeks on the run following a falling out with al-Shabab’s top leader, Mukhtar Abu Zubeyr, also known as Godane. Along with an American-born former spokesman for Usama bin Laden, Hammami, who was known as “The American,” is one of the most notorious U.S. citizens to join global jihadi groups.

From al-Shabab’s perspective, attracting someone like Hammami or Adam Gadahn potentially “opens up a path of travel” that may facilitate attacks elsewhere.

“The scrutiny of Americans traveling through airports and security checkpoints is significantly less,” said Katherine Zimmerman, a senior analyst at the American Enterprise Institute. “You’re kind of waved through.”

The key concern for U.S. intelligence officials regarding al-Shabab moving forward is to ensure that no American-born citizen receives training from the group and then returns stateside, she said.

About 50 Americans of Somali descent have traveled to Somalia to join al-Shabaab in recent years, and about half have been killed, Fox News has learned. Congressman Peter King, R-N.Y., said on Sunday that the intelligence community believes about 20 of those recruits are still active.

“That’s of significant concern for us,” Zimmerman continued. “Al-Shabab certainly has the capabilities to carry our an attack in Kenya and has links down into Tanzania as well, but I don’t think it’s at the level it can carry out a full-scale attack on the [United States].”

Other security analysts contacted by FoxNews.com said Saturday’s attack is unlikely to have a strong effect on the group’s overall recruiting efforts, largely due to the nature of the target.

“In a way, it shows they’re still active and that will have some appeal to some individuals, but at the same time, going after shopping malls is not exactly as admirable a target as going after military targets,” said Dan Byman, a senior fellow at Brookings Institution, a Washington-based think tank.

Byman, who said the group has extensive ties to Somali expatriates in Europe and North America, thinks al-Shabab has the aspirations and the capability to carry out an attack on U.S. soil, but no indicators suggest a strike is imminent.

“Yes, but I don’t want to be melodramatic about it,” Byman said of a possible U.S. attack, adding that any such incident would likely be small-scale.

Prior to Saturday’s attack that saw five Americans among its wounded, al-Shabab has claimed responsibility for the July 2010 bombings in Uganda that killed more than 70 people and ongoing onslaughts in Somalia, a country of roughly 10 million.

James Carafano, vice president of defense and foreign policy studies at The Heritage Foundation, said the group’s main priority following Saturday’s assault will be to expand its foreign hand.

“It’s a lot easier to recruit somebody than it is to organize a terror attack, so it’s a different set of activities,” he told FoxNews.com. “Right now their priority is to attract foreign fighters, but that doesn’t mean they won’t focus on that in the future.”