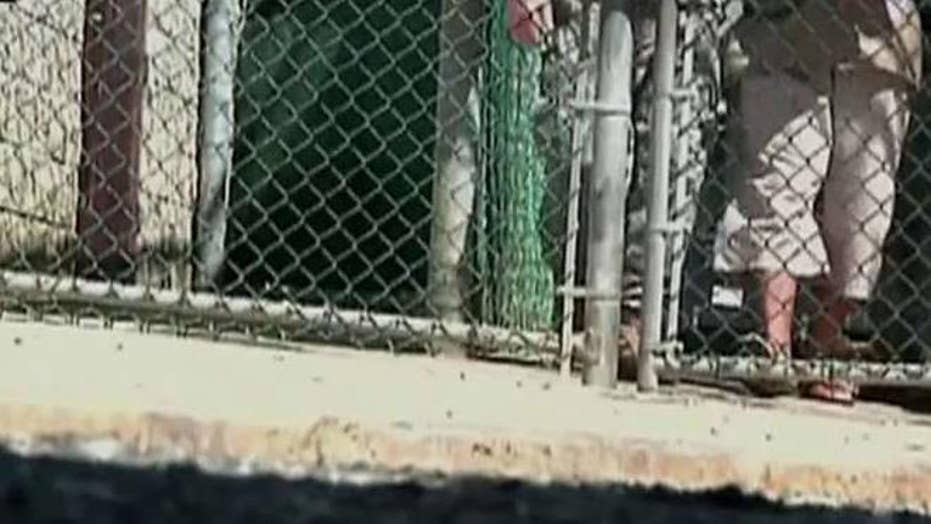 Report: 17 low-level detainees to be released from Gitmo

GUANTANAMO BAY NAVAL BASE, Cuba – A military judge refused Thursday to lift an order barring female guards at Guantanamo from having physical contact with five men charged in the Sept. 11 terrorist attack, at least for now.

Army Col. James Pohl denied a request by prosecutors to lift a temporary order he imposed in January. Their request followed three days of testimony by Guantanamo Bay detention center officials who said the rule interfered with prison operations and discriminated against women soldiers.

Pohl is expected to take up the matter again following additional testimony at a hearing early next year.

The defendants say being moved from their high-security prison to court on the U.S. base in Cuba by guard escort teams that include women is an affront to their Muslim beliefs. Their lawyers also argue that it is traumatic for men who were subjected to abusive interrogations while in CIA custody.

The prison commander expressed skepticism that the men are truly concerned about physical contact with female guards, noting that other prisoners have not raised the issue. "I think it's based on an attempt to stall these proceedings, that's what I think it's based on," Army Col. David Heath told the court.

Heath said the men, who are held in a high-security unit known as Camp 7 with eight other suspected terrorists, are treated humanely in accordance with the Geneva Conventions. But he conceded that was not the case before they came to the base in 2006. "I know that the defendants were physically and mentally mistreated," he said.

David Nevin, a civilian lawyer for lead defendant Khalid Shaikh Mohammad, said the mistreatment in CIA custody included "sexualized female on male torture" and being chained to the ceiling for extended periods so that his client could not pray. He says the use of female guards to subdue and transport him is psychologically traumatic as a result.

Prison officials began using female guards on the escort teams last year. Pohl issued his temporary ruling banning the practice for the Sept. 11 defendants at the request of the defense. The order, which prison officials say hurts morale and creates staffing problems, does not apply to the rest of the detention center, which holds a total of 107 men.

Arguments on the issue dominated the first three days of a four-day pretrial for the five, who are accused of planning and aiding the Sept. 11, 2001, terrorist attack. They face charges that include terrorism and nearly 3,000 counts of murder in violation of the law of war. They could get the death penalty if convicted. A trial date has not been set.