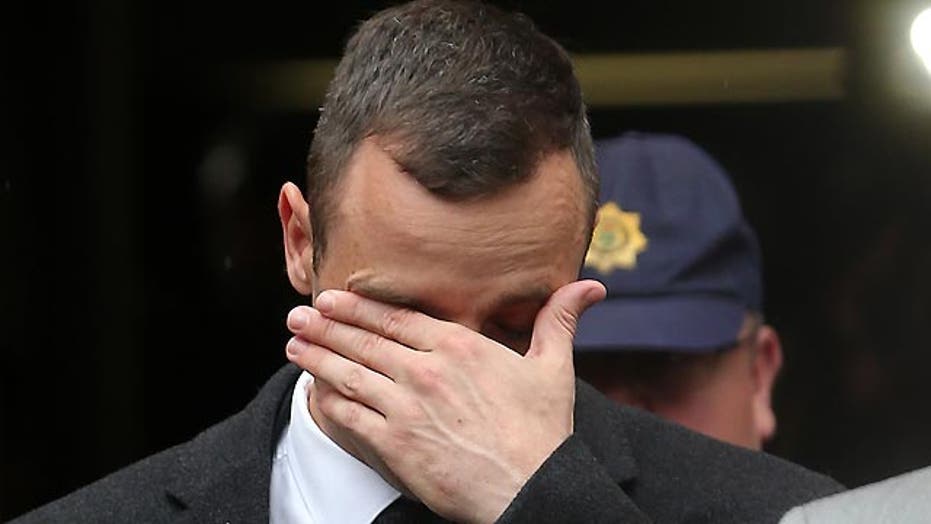 Is Oscar Pistorius putting on an act in court?

PRETORIA, South Africa – The judge in the murder trial of Oscar Pistorius has ruled that proceedings will adjourn for more than two weeks after Thursday and resume on May 5.

Judge Thokozile Masipa said Wednesday that she was responding to a request for a break from the chief prosecutor and which was supported by the defense. Pistorius' trial started Mar. 3 and Masipa said the case had lasted longer than expected.

Chief defense lawyer Barry Roux has said he will call between 14 and 17 witnesses. Forensic expert Roger Dixon, the third witness called by the defense, was testifying Wednesday.

Pistorius was charged with premeditated murder for shooting girlfriend Reeva Steenkamp in his home last year. He says he shot her by mistake; the prosecution says he killed her intentionally after an argument.