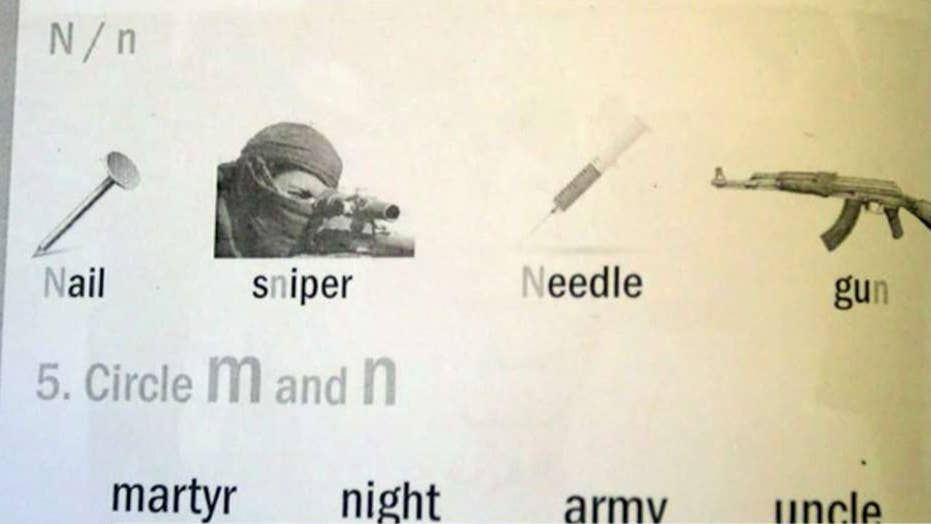 The “caliphate” is crumbling. ISIS is losing territory and the flow of foreign fighters has fallen in recent months. But that doesn’t mean the brutal jihadist group has stopped its technology-driven recruitment quest. While the process used to happen more openly on platforms such as Twitter and Facebook, experts say the process has gone dark, relying more heavily on end-to-end encryption apps.

Telegram and the similar no-cost, end-to-end encrypted messenger app WhatsApp are widely used in both the Middle East and the West. Last month Khalid Masood, who killed four people in London and wounded 50 on Westminster Bridge, used WhatsApp to send a message to an unknown person shortly before his attack. U.K. Counterterrorism police have said his communications are the main line of inquiry in the investigation, although thus far authorities have been unable to access those messages due to the secretive software.

Nonetheless, a spokesperson for the Facebook-owned app assured Fox News that they are “cooperating with law enforcement as they continue their investigations,” but defended the importance of protecting users from external eyes.

“Every day we see stories about sensitive records being improperly accessed or stolen. And if nothing is done, more of people's digital information and communication will be vulnerable to attack in the years to come. Fortunately, end-to-end encryption protects us from these vulnerabilities,” the spokesperson continued. “While we recognize the important work of law enforcement in keeping people safe, efforts to weaken encryption risk exposing people's information to abuse from cybercriminals, hackers, and rogue states.”

Iraqi Federal police forces advance towards the western side of Mosul, Iraq, Thursday, Feb. 23, 2017. The advance comes as part of a major assault that started five days earlier to drive Islamic State militants from the western half of Mosul, Iraq's second-largest city. (AP Photo/Mohammed Saad) (Copyright 2017 The Associated Press. All rights reserved.)

However, Masood is hardly the only terrorist to have taken his talk to the technological dark side. Elizabeth Bodine-Baron, Director of Applied Network Analysis and System Science for the prominent public policy research firm RAND – concurred that the ISIS strategy has shifted to encrypted apps, although they have not entirely abandoned Twitter.

“They are still trying to actively recruit. They are still spreading their propaganda, though a little less openly than before,” Khorshied said. “The basic recruiting process is the same as before – propaganda spread and initial contacts vis a public platform like Twitter and then, once a potential recruit is identified, movement to a secure platform for more tactical discussions.”

Fox News detected numerous ISIS-associated Twitter accounts still in existence, with names written in Arabic that translate to “Sniper Caliphate # 9 remain” and “Abu stubbornness Salafi.” The majority claim to be located in Syria, usually only have between a dozen to a few hundred followers and often follow one or more mainstream international news websites.

However, one private intelligence analyst stressed that even though the group is fast losing land in Iraq and Syria and it appears the number of fighters is dwindling, terror plots are still a massive cause for concern, with numerous plots identified in more than a dozen countries between 2014 and 2016. For the most part, planners had some form of contact with a pledged ISIS member. Teens are said to have been specifically targeted on messenger apps, and just as recruiters have reached out to them, teens have reached out to recruiters.

Utilizing encryption and the dark web so users are untraceable, ISIS increasingly practices a kind of “jihadi cool” appeal, targeting disaffected millennials, suggesting one is never too young to be a warrior for God and tapping into conventional teenage concerns such as peer pressure and trying to impress one’s associates. The encrypted groups also target girls, capitalizing on global “female empowerment” movements and calling them to “shame their male counterparts” by taking up the call to violence.

Furthermore, the “ISIS department of media” now utilizes a special drone unit featuring aerial images to create glossy videos of suicide bombings – complete with post-production red laser dots that follow along until the climatic explosion. These productions circulate to the group’s “fans” via messenger as a means of enticement. “Virtual training” in religious doctrine and military methods are also said be conducted through the secretive software.

Since its explosion into the limelight in 2014, the group’s use of social media has been unprecedented. In its first few months alone, the group rapidly disseminated its message and bolstered its solider count, elevating itself to the top of social news feeds with tactics such as “twitter bombs,” capitalizing on then-trending Twitter topics such as #BLM and #napaquake with regards to Northern California earthquakes.

ISIS FACES HEAVY, BUT NOT CRUSHING BLOW IN MOSUL

Much of its initial campaign success also stemmed from portraying itself as a “goodwill organization.” For example, one suspected jihadist, who set up numerous Twitter accounts under derivatives of “AbuAid,” claimed a year ago to Fox News to have traveled to Syria from the U.K. for the "greater good" in helping his people, while also re-tweeting rap lyrics chastising then President Obama and playing into the “bad boy/gangster” persona.

According to the International Center for the Study of Radicalization and Political Violence, ISIS published 892 propaganda pieces across its digital platform in February 2015. In that same month one year on, the output had dropped 36 percent to 570. That’s a consequence of law enforcement working over the past year to ensure that the likes of Twitter, Facebook and Google became savvy in detecting and deleting extremist content and the accounts that the content and recruitment originated from. Between February 2015 and 2016, more than 125,000 accounts were shut down.

All of this, combined with the increased strategic difficulties of traveling to hubs like Iraq and Syria, ignited the more recent shift to encrypted apps and the encouragement to attack in one’s home country rather than go abroad.

And even though the U.S.-led coalition has ramped up efforts to squash ISIS in Iraq and Syria, bombing targets daily and destroying their territorial control, the U.S. State Department acknowledged to Fox News that its propaganda and messaging methods have shifted rather than ceased.

“ISIS continues to try to use social media platforms to spread its message, but has been increasingly challenged by the proactive measures industry is taking to disrupt its use of these technologies,” the spokesperson said. “ISIS has shifted the focus of its messaging to its self-proclaimed efficacy in the use of violence against coalition forces, as opposed to their approach to messaging during the peak of its strength in 2014 and 2015, which was specific to governance and their ability to stand up a state.”