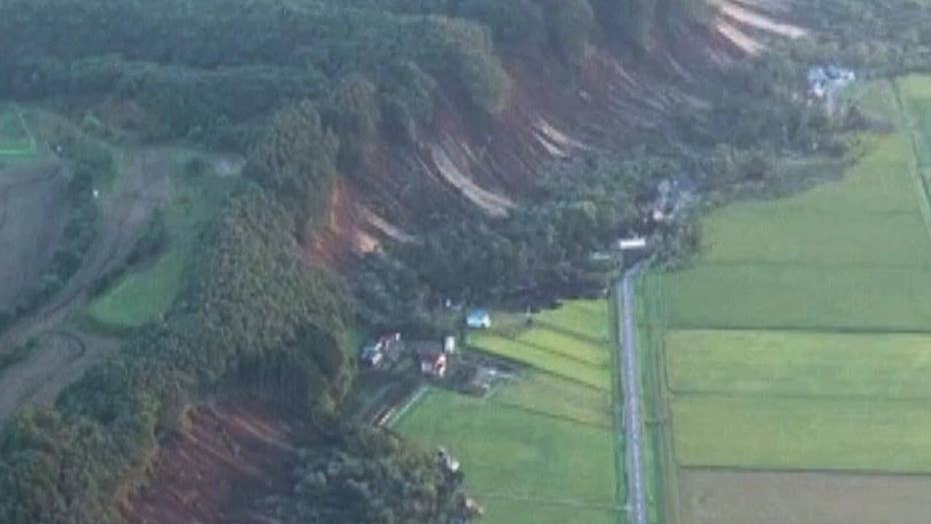 Two powerful earthquakes rocked Japan within 20 minutes of each other early Thursday, just over a day after a typhoon in the country left at least six people dead.

The quakes — magnitude-6.6 and -5.3 — struck Tomakomai, the fifth largest city in the Hokkaido area, according to the United States Geological Survey (USGS). They each had a depth of roughly 21 and 23 miles, respectively.

The city lost power after the quakes hit, officials said. Prime Minister Shinzo Abe's chief cabinet secretary said officials are working to assess the damage and help those in need.

NHK World, a public broadcaster in Japan, reported that the quakes caused "huge landslides" in the area. The country's meteorological agency said there are no threats of a tsunami.

On Tuesday, the strongest typhoon to make landfall in Japan since 1993 was recorded. It first made landfall on Japan's southwestern island of Shikoku and then again near Kobe on Honshu.