According to a statement from his office, Lapid has already called Netanyahu to congratulate him. Lapid told Netanyahu that he instructed his office to make arrangements for the transition of power.

"The state of Israel comes before any political consideration," Lapid said. "I wish Netanyahu success, for the sake of the people of Israel and the State of Israel."

Lapid was serving as interim, or caretaker prime minister, since June when previous Prime Minister Naftali Bennett lost his majority and the government dissolved. This set the stage for this week's election, and after a near-final vote tally had Netanyahu with enough of a majority, Lapid announced the Likud Party leader as the victor.

Official final results are not expected until later on Thursday.

Former Israeli Ambassador to the United Nations Danny Danon spoke to Fox News earlier this week about the future of U.S.-Israel relations if Netanyahu were to win. Danon, who was on the Likud candidate list, could likely be a Knesset member in the new government. 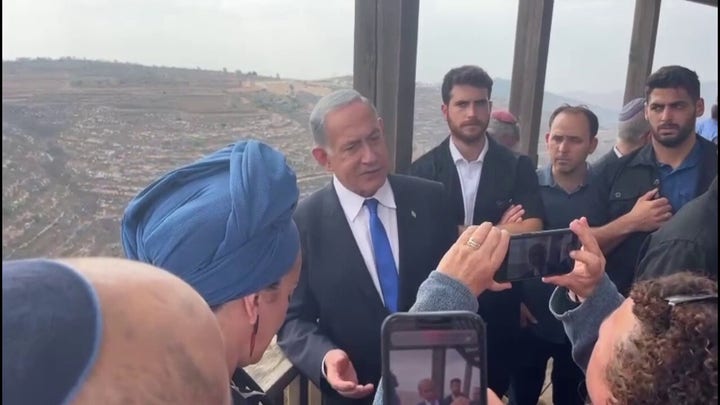 "I think if we will win, if Netanyahu will return to his position as prime minister, we will be able to put the issue of Iran on the front lines and we will expect our colleagues in the U.S. also to address this threat," Danon said.

Danon did not believe the U.S. midterm elections would have a tremendous impact, as the two countries already have "a strong bond."