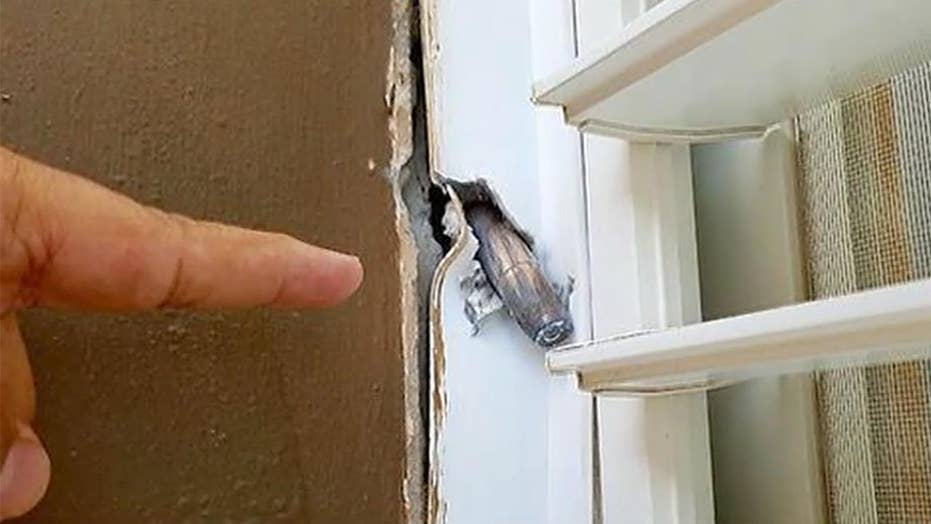 Airstrikes conducted by Israeli military targeting Hamas facilities, including a weapons warehouse in a military compound and two other locations; David Lee Miller reports from Jerusalem.

JERUSALEM – The Israeli military says it has carried out airstrikes on militant sites in Gaza overnight in response to machine gun fire that hit a building in the Israeli city of Sderot.

The army said Thursday that planes bombarded a military compound and a weapons production facility in the northern Gaza Strip.

The Palestinian health ministry says a man was moderately wounded by shrapnel, but didn't say whether he was inside a militant site or nearby.

The airstrikes Thursday came hours after Israeli forces came under fire from the Palestinian territory. The military said no troops were wounded in Wednesday's exchange.

Israeli fire killed nearly 60 Palestinians on Monday during a protest along the Gaza border. A senior Hamas official said 50 of those killed were members of the militant group.