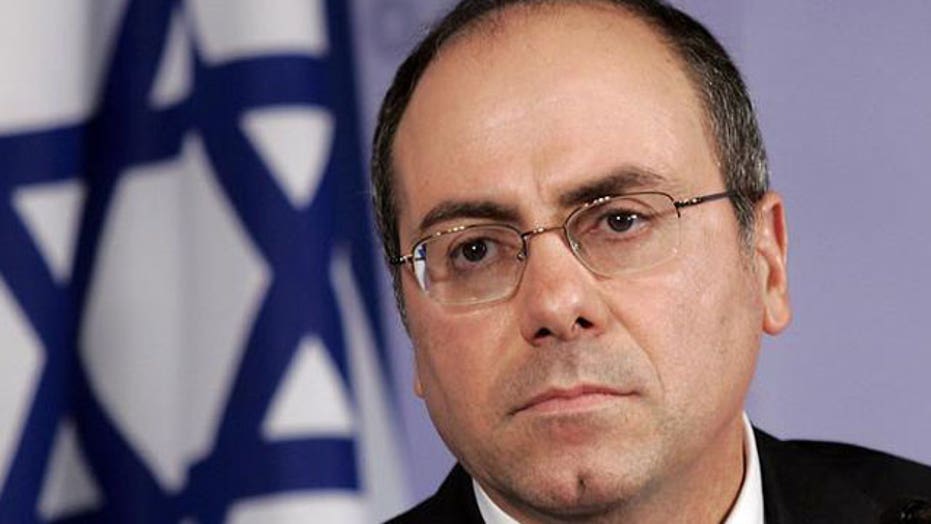 Israeli Prime Minister Benjamin Netanyahu is cautious of a possible deal with Iran over its nuclear program.

U.S. Secretary of State John Kerry made clear this week he respects Netanyahu’s concerns that an agreement with Iran would heighten the risk of an attack on the Jewish state.

Shalom shared his reservations for an Iranian nuclear deal, but stated that his government is not against an agreement.

Israel is raising concerns over loosening sanctions in the short-term. Israeli officials say this will only give Iran more time to possibly develop nuclear weapons.

“Any decision to leave [end] the sanctions … will leave them to continue to make it possible for them to hold nuclear power in a short time,” said Shalom.

Iran’s official position is Israel does not have the right to exist.

“We [Israel] don’t have the luxury to make a mistake … to give the Iranians … nuclear power it means to threaten the existence of the state of Israel,” said Shalom.

Shalom questioned why Iran is insistent that any deal include Tehran’s ability to enrich uranium.

If Iran has uranium, critics have warned this will only bolster the regime’s influence in the region.

“They [Iran] believe it will bring an insurance policy to keep the regime in power,” said Shalom.

If Iran does develop a nuclear weapon, Shalom sees an arms race occurring in the Middle East, which could directly affect the U.S.

“A bomb can travel to Venezuela, to any other country in South America and even threaten the United States,” said Shalom.

“Saudi Arabia, Egypt and Turkey … they will do everything they can to be a nuclear power,” said Shalom. “This will bring more unrest with thousands of missiles with nuclear heads maybe directing towards Israel.”