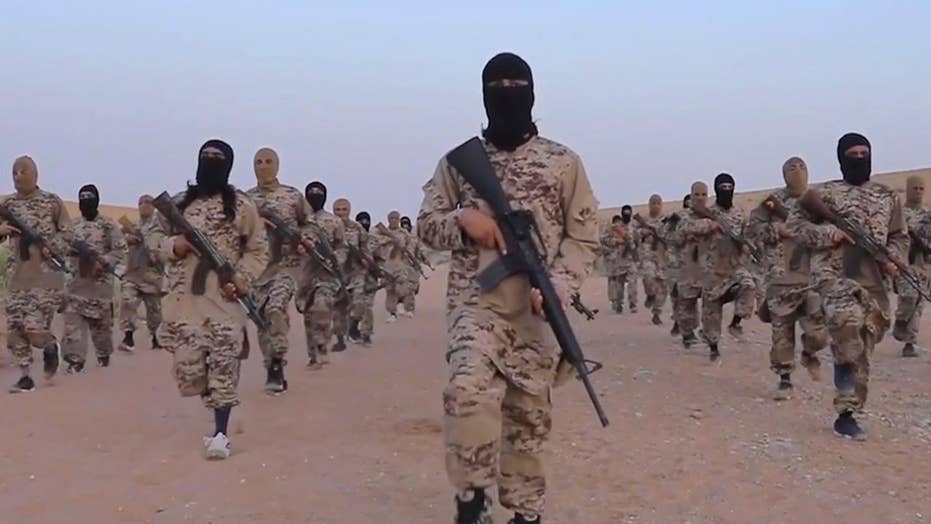 Law enforcement officials around the world are on high alert this week as ISIS calls for a surge of civilian attacks during Islam’s “Night of Power,” the holiest day on the Islamic calendar, which this year begins Wednesday evening.

Known in Arabic as “Laylat al-Qadr,” it marks the night during the holy month of Ramadan that Muslims believe the Prophet Muhammad received the first revelations of the Quran.

While the vast majority of Muslims consider the occasion as the best time in the year to pray for blessings and forgiveness, jihadist groups such as ISIS exploit the date to urge brutal acts of violence.

Last year, when the Night of Power fell on July 2, a widely shared message pushing for “calamity everywhere for the nonbelievers,” was delivered by ISIS. And that night there was a surge of deadly terror attacks.

In this Friday, Aug. 2, 2013 photo, a labor workers weeps during Friday payers in Dubai, United Arab Emirates. Across Muslim world, families gather at sunset after the daylong fast during the holy month of Ramadan. In a parking lot in Dubai, a group of Muslim laborers from India separated from their homeland like millions of other workers across the Gulf join for a game of cricket and to swap stories late into the evening. (AP Photo/Kamran Jebreili) (AP2013)

ISIS operatives plunged into a foreigner-frequented restaurant in Dhaka, Bangladesh, and hacked 20 people to death when they were not able to recite verses from the Quran. On the same day, ISIS fighters detonated a massive truck bomb in a popular Baghdad shopping district, killing at least 200.

Pro-ISIS messages are said to be circling on encrypted apps such as Telegram this week, calling on Muslims to “wake up, the war is starting,” especially in the wake of Sunday’s mosque attack in London.

The pattern of jihadists using the Night of Power to attack has caused Western interests to take security precautions. Starting in 2013, many U.S. embassies across the Middle East started closing for the occasion and encouraging staff to remain indoors.

“ISIS and other Islamists preach that the obligation of jihad is multiplied during Ramadan, as is the reward if you die carrying it out,” Ryan Mauro, national security analyst at the Clarion Project, told Fox News.

So far during Ramadan this year, which will end Saturday, there have been a dozen Muslim terror attacks – including at least 31 dead in a Baghdad ice-cream parlor bombing, a truck explosion in Kabul that killed 150, an attack on Iran’s Parliament and Ayatollah Khomeini’s shrine in Tehran that left 12 dead and a further eight lives lost in a London Bridge rampage.

Robert Nicholson, executive director of The Philos Project, which focuses on religious engagement in the Middle East, cautioned that it is a mistake to associate this night with terrorism, but that there is “always a chance that a malicious few will use it to amplify their terrorist acts.”

“It makes sense to elevate security precautions, but it is excessive and unhelpful to talk about it as a catalyst for terror. For the vast majority of Muslims, it’s just not,” Nicholson told Fox News.

Nevertheless, as ISIS gets edged out of its Iraqi and Syrian hubs, its calls for violence abroad are getting louder.

“They’re under siege and getting desperate. That causes them to lash out where they can around the world, to hit their enemies on their own turf,” Nicholson added. “But it also inspires unaffiliated sympathizers living in foreign countries to act out their own acts of terror without any real direction from [the ISIS “capital” of] Raqqa. We may be able to take Raqqa and defeat ISIS, but the idea of ISIS – the establishment of a caliphate and the restoration of Islam to its rightful place in the world – will live on.