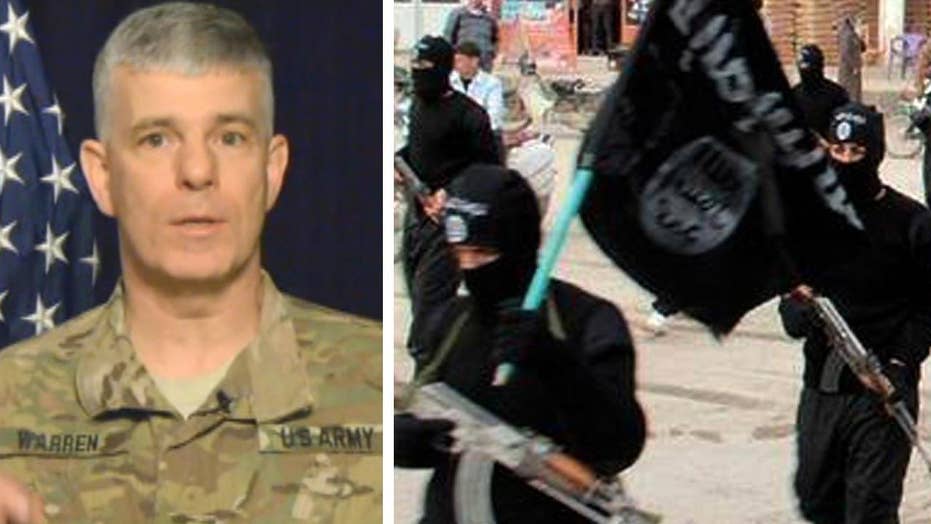 How to break the back of ISIS

Spokesman for anti-ISIS coalition in Iraq goes 'On the Record' on the impact of the US killing ISIS' second-in-command, saying it will affect the way the group does business and why having an indigenous ground force would be key a final victory and more

Information on what intelligence officials are describing as an "imminent" attack was obtained from six operatives from the "Caliphate" who were arrested in the southern city of Gaziantep over the last week.

The most likely target of an attack is Istanbul's synagogue in Beyoglu, which also has a community centre and a school attached to it.

"In light of these circumstances, extraordinary security measures are being taken above and beyond the high alert level already in place by the Turkish police, as well as vigilance within the Jewish community," an intelligence source told Sky News. "Undercover and other covert counter-terror measures are being implemented around the clock.

"This is a more than credible threat. This is an active plot," the source added.

The series of threats and the specific targeting of Jewish children follow the deadly attack in Istanbul on March 19 when five people were killed by a suicide bomber, including four Israelis, and the murder of another 35 in Brussels last week.

An intelligence report seen by Sky News said: "The so-called Islamic State is believed to be behind both sets of attacks and the organisation continues in determined efforts to perpetrate further attacks in Turkey and elsewhere."

The latest intelligence has emerged as spy agencies struggle to co-ordinate their response to the scale of the threat that is now perceived to exist across Europe.

Turkey has absorbed close to three million refugees and there is strong evidence that several members of the Paris and Brussels cell, who have European origins, had travelled to Syria for training and then been smuggled back, hidden in the waves of refugees seeking safety in Europe.

Now it is coming under increasing terrorist pressure from ISIS and Kurdish separatists.

The threat against Jewish targets, intelligence sources said, was the best information gathered on an imminent attack.

"We don't know when it's scheduled for. It could be in the next 24 hours or next few days," the source said.