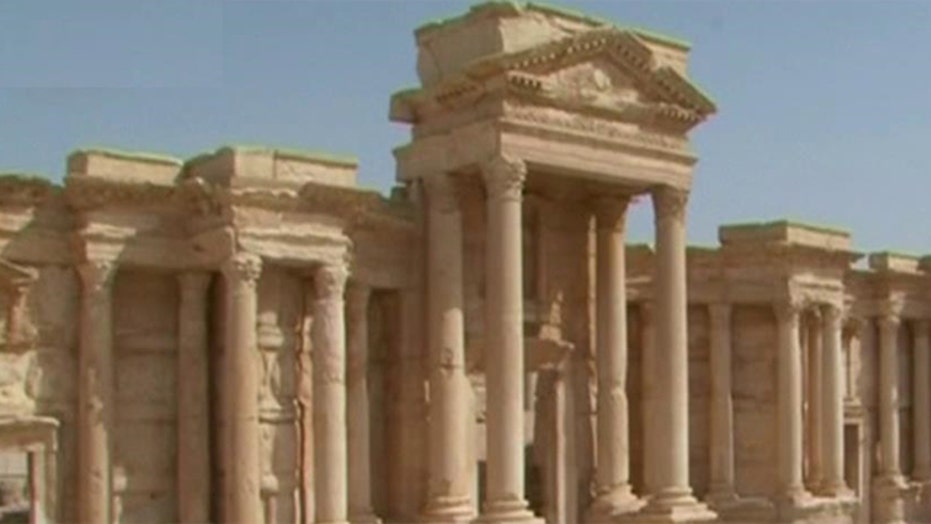 Mines and other explosives placed around the ancient city of Palmyra

The Islamic State terror group (ISIS) has laid land mines and other explosive devices around the captured ruins of the ancient city of Palmyra in Syria, a monitoring group has claimed.

The British-based Syrian Observatory for Human Rights told Sky News that the explosives were laid at the ruins on Saturday.

The central Syrian ancient site was overrun by ISIS fighters last month, raising fears that the militants would attempt to destroy the city. The extremist group has previously razed heritage sites and smashed ancient artifacts in museums across Iraq and Syria.

However, Rami Abdel Rahman, the Observatory's director, told Sky News: "It is not known if the purpose is to blow up the ruins or to prevent regime forces from advancing into the town." He added that Syrian government forces had launched heavy airstrikes at the town in recent days, killing at least 11 people.

Maamoun Abdulkarim, Syria's director-general of antiques and museums, corroborated the Observatory's claim in an interview with the Agence France-Presse news agency.

"We have preliminary information from residents saying that this is correct, they have laid mines at the temple site," Abdulkarim said. "I hope that these reports are not correct, but we are worried.

Abdulkarim called on "Palmyra’s residents, tribal chiefs and religious and cultural figures to intervene to prevent this … and prevent what happened in northern Iraq," a reference to ISIS' destruction of antiques in Mosul, before adding "I am very pessimistic and feel sadness."

Palmyra, a UNESCO World Heritage site, had attracted hundreds of thousands of visitors annually before the start of Syria's bloody civil war. It is renowned for its well-preserved statues, tombs, and columns, and was an active archeological site before the war.