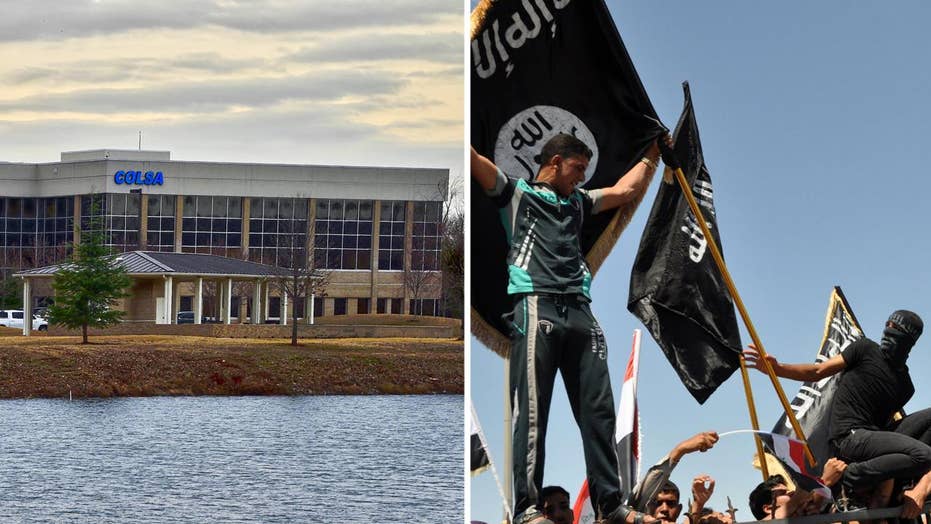 Report: US military struggling with online fight vs. ISIS

The Islamic State reportedly keeps meticulous records of its jihadi warriors on file with some of the information ranging from country of origin to blood type to the amount of slave girls each fighter has.

Documents obtained by the Washington Post show the different informational categories the terror group keeps on its fighters. An illustration from the newspaper showed that one Frenchman who joined ISIS in 2015 had a B+ blood type and didn’t have any slave girls or children from slave goals. The file also shows that the man didn’t have any children or wives in so-called “infidel countries.”

Reuters reported last November that men caught in the ISIS terror network must obey decisions of a senior cleric over how to share their sex slaves. One pamphlet included a question-and-answer section on women and girls held as ISIS captives. It stated: “Non-Muslim women can be taken as concubines.”

It reportedly added that terrorists could keep two sisters as concubines, but could have sex with only one of them. In addition, each woman could sleep with only one man.

The Washington Post obtained more than dozen documents on “problem fighters” from the Tariq Bin Ziyad battalion. Some recruits reportedly had medical notes saying that they wouldn’t join battle and others requested transfers from Iraq to Syria. Others just wouldn’t fight.

“He doesn’t want to fight, wants to return to France,” notes on one of the France-native fighters read. “Claims his will is a martyrdom operation in France. Claims sick but doesn’t have a medical report.”

Iraqi counterterrorism forces found the files in a Mosul house that was being used by the Tariq Bin Ziyad battalion as an administrative base, according to The Washington Post.